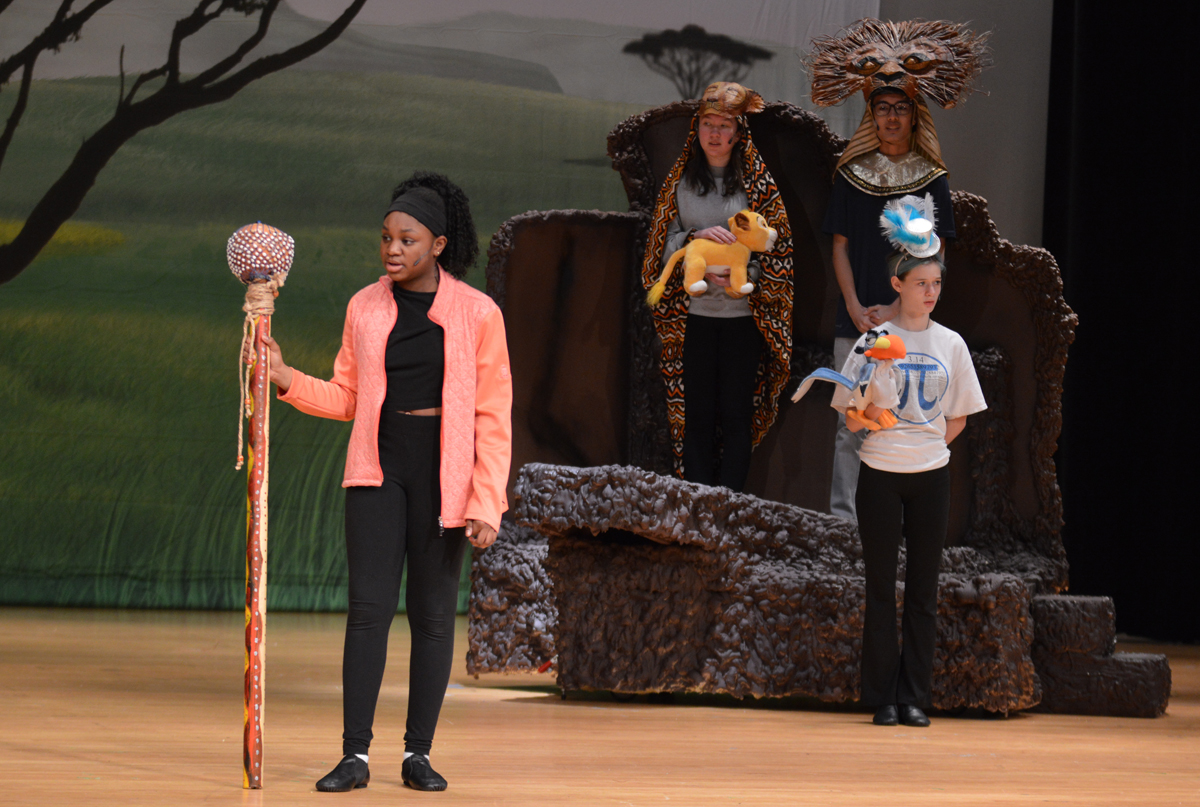 Students in Goff Drama Club performed a dress rehearsal of “The Lion King Jr.” on Monday afternoon in the Columbia auditorium. Performances are scheduled for Friday and Saturday of this coming weekend.

The Goff Drama Club will be performing “The Lion King Jr.” as this year’s musical on Friday, March 18 (7 p.m.) and Saturday, March 19 (2 p.m. and 7 p.m.) in the Columbia High School auditorium. Tickets will be sold at the door and cost $8 for students/seniors and $10 for adults.

“It’s kind of cool (performing in Lion King Jr.),” said Mr. Puglisi. “It’s been one of my favorite movies.”

During the rehearsal, the actors performed the scenes to music as sets were moved on and off stage. The students are excited to perform the show in front of an audience this weekend.

“People should see the hard work we put into this,” said Mr. Rappold. “I feel like they would enjoy it.”