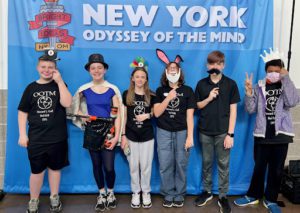 Students from Goff Middle School placed 5th at the NYS Odyssey of the Mind State Finals.

The teams – one from Goff Middle School and one from Donald P. Sutherland Elementary School – qualified for the state tournament by winning at the regional level in early March. 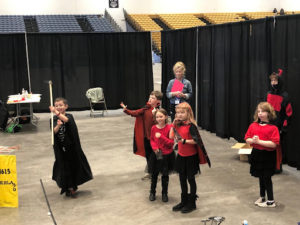