Prom Season Message: ‘If You Feel Different, You Drive Different!’ 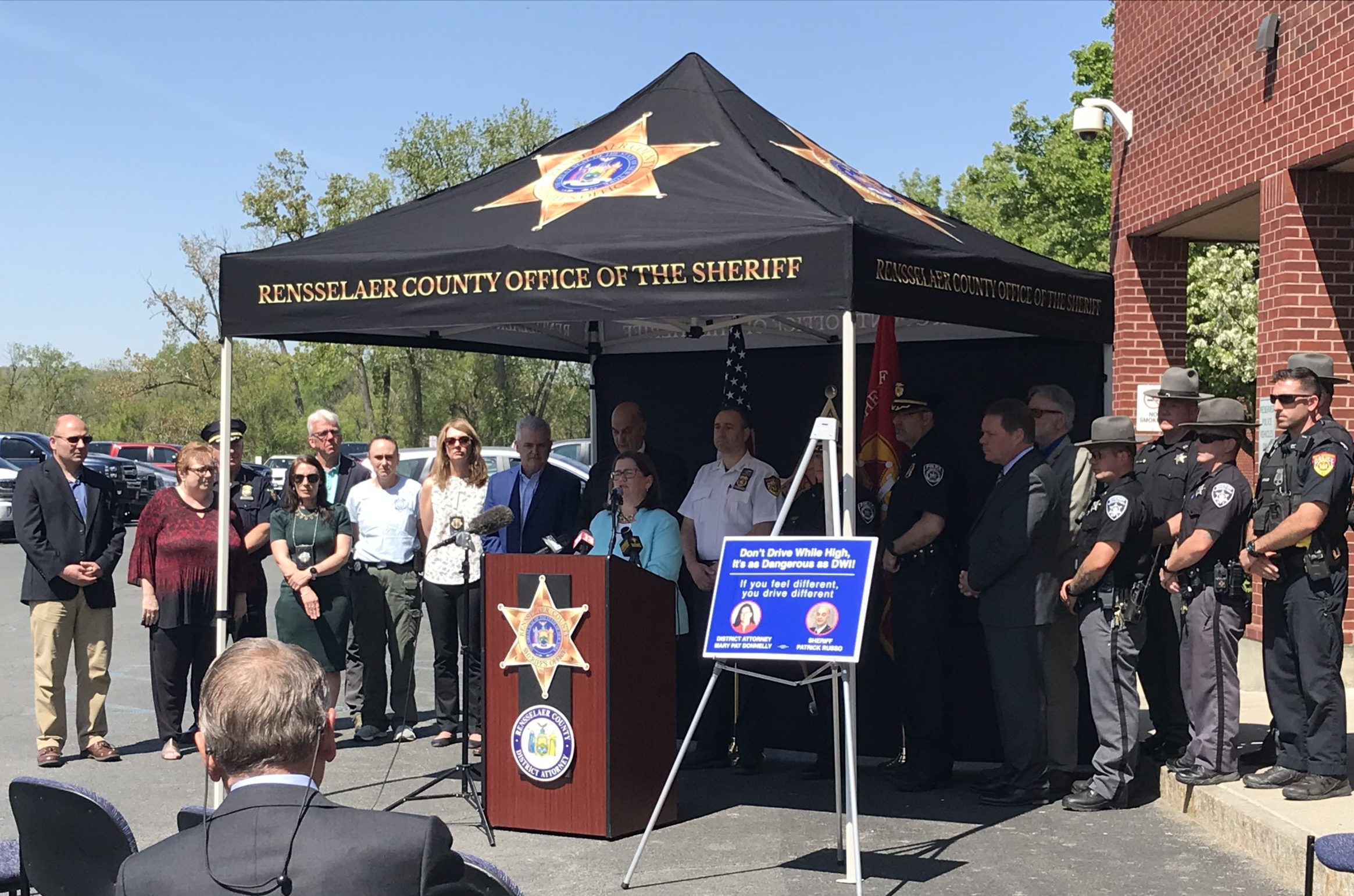 The campaign is titled “If you feel different, you drive different!” and is aimed at high schoolers regarding the dangers of driving under the influence of drugs and/or alcohol.

“We are hoping to prevent a tragedy today,” said Rensselaer County District Attorney Mary Pat Donnelly. “Our roads in Rensselaer County are less safe than they were one year ago when marijuana became legal in New York.”

District Attorney Donnelly noted that marijuana use by those under the age of 21 remains illegal.

“Driving while high is not only dangerous, it is also a crime,” she continued. 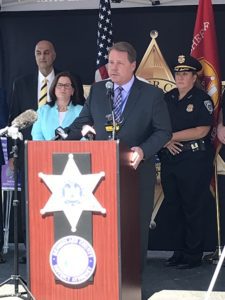 Superintendent Jeff Simons speaking at a Rensselaer County press conference on Thursday, May 12.

New York became the 15th state to legalize marijuana, and the new law went into effect on March 1, 2021. A troubling consequence of marijuana usage is impaired driving. The District Attorney explained there have been 47 cases of driving under the influence in the county since marijuana was legalized in 2021.

“The marijuana cigarettes that our parents smoked many years ago is nowhere near as potent as the cannabis we are seeing now,” said Sheriff Patrick Russo. “That decision to get behind the wheel can cost them their life or someone else’s life.”

The Columbia High School Junior Prom is tomorrow and the Senior Prom is scheduled for Friday, June 10. Parents are encouraged to talk with their children about the dangers of driving under the influence of drugs and/or alcohol ahead of those events.

“It’s a Superintendent’s and parent’s worst nightmare to receive a call that one of our kids has been in a car accident,” said Mr. Simons. “It’s even more troubling when drugs or alcohol play a role.

“This is an exciting time of year for our students, their families and the school district,” Mr. Simons continued. “We want that excitement to be enjoyed safely and responsibly. We hope that all parents and guardians talk with their children about safety and good decision making as we celebrate at these special events.”

Parents who are concerned about drug and/or alcohol use by their children can contact a school counselor or Columbia’s Student Assistance Counselor Alyssa Evans at EvansAl@egcsd.org.