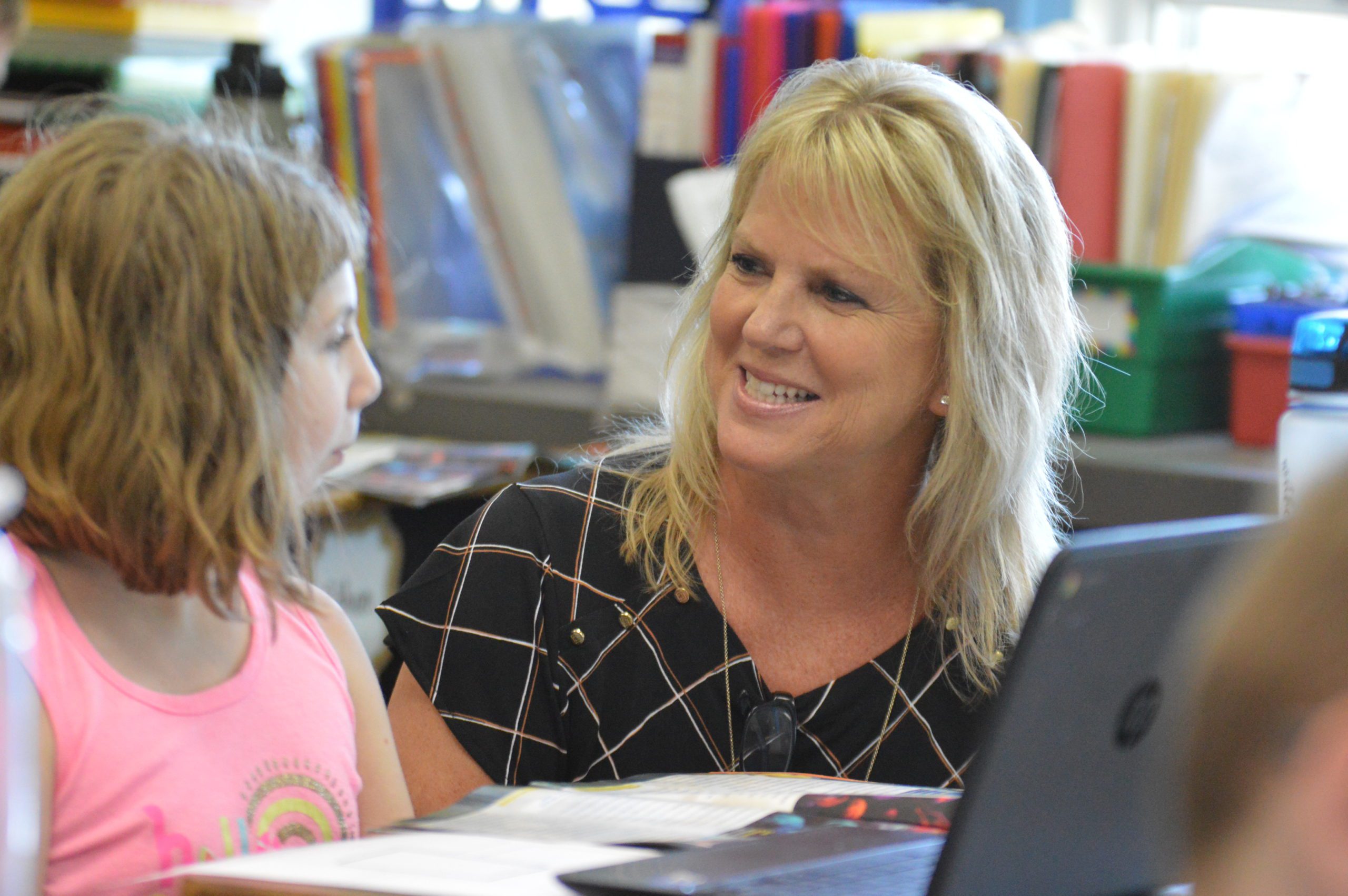 Mrs. Hart, who teaches 3rd grade at DPS, received the award in a surprise announcement when she walked into her classroom one morning earlier this month. Principal Jack Alvey and other DPS teachers were in the room for a Character Education meeting. Then EGTA President and Goff Art Teacher Alison Hosier stepped forward with a bouquet of flowers.

“I was completely surprised and overwhelmed,” Mrs. Hart said. “I’m very grateful to have my colleagues recognize me in this way.”

Mrs. Hart has been a teacher for 31 years, including 21 years in the East Greenbush Central School District. Over that time, she has taught many students and seen them grow up into successful adults.

“When you see them as adults in the community it really makes you recognize your impact on who they’ve become,” she said.

Mrs. Hart has also experienced a lot of change during her career in education, from instructional resources to technology, and even the children themselves. Mrs. Hart said she tries to use different modalities when teaching – writing, reading, drawing, presenting, partner sharing – so that it keeps students interested and engaged.

“You may think that you can remain the same as an educator, you certainly do not,” she said. “Things that I’ve done in the past, even a couple of years ago, I’m doing them differently. I’ve learned more effective ways of teaching and making it more engaging and interactive.” 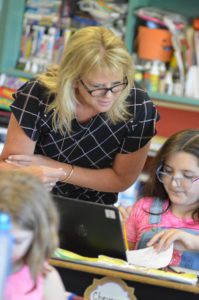 For example, during a science lesson last week, students were learning about jellyfish. Mrs. Hart provided students with a magazine article to read and a video to watch on their Chromebooks to learn more about jellyfish. Throughout the lesson she asked questions and walked around the classroom to give 1-on-1 help.

“Our school community is very proud to learn that Mrs. Hart received the EGTA Teacher of the Year,” said DPS Principal Jack Alvey. “She is well deserving of this recognition based on her commitment to the students she currently works with and those she has taught throughout her career. Beth is the ultimate team player lending her time to colleagues and committees at the building and district level. She is admired by myself and our team at DPS!”

The EGTA Teacher of the Year award has been given out annually since 1970. Members submit nomination forms to a committee and then a winner is selected.

“The EGTA Teacher of the Year recognition is given to an EGTA member that embodies all of the things we represent as educators: passion, professionalism, and dedication,” said Mrs. Hosier. “Beth Hart’s colleagues have spoken loudly! It is a great honor to be recognized by your own peers. It was such a pleasure to surprise Beth as she walked into her classroom at DPS with this news. The EGTA is proud to recognize Beth Hart as the 2022 EGTA Teacher of the Year!”

Congratulations to Beth Hart, the 2022 EGTA Teacher of the Year!

A special thanks goes to the Teacher of the Year Committee Co-Chairs Kristen Zilgme and Meagan Asenbauer for their time and effort throughout this process as they graciously serve in this role.