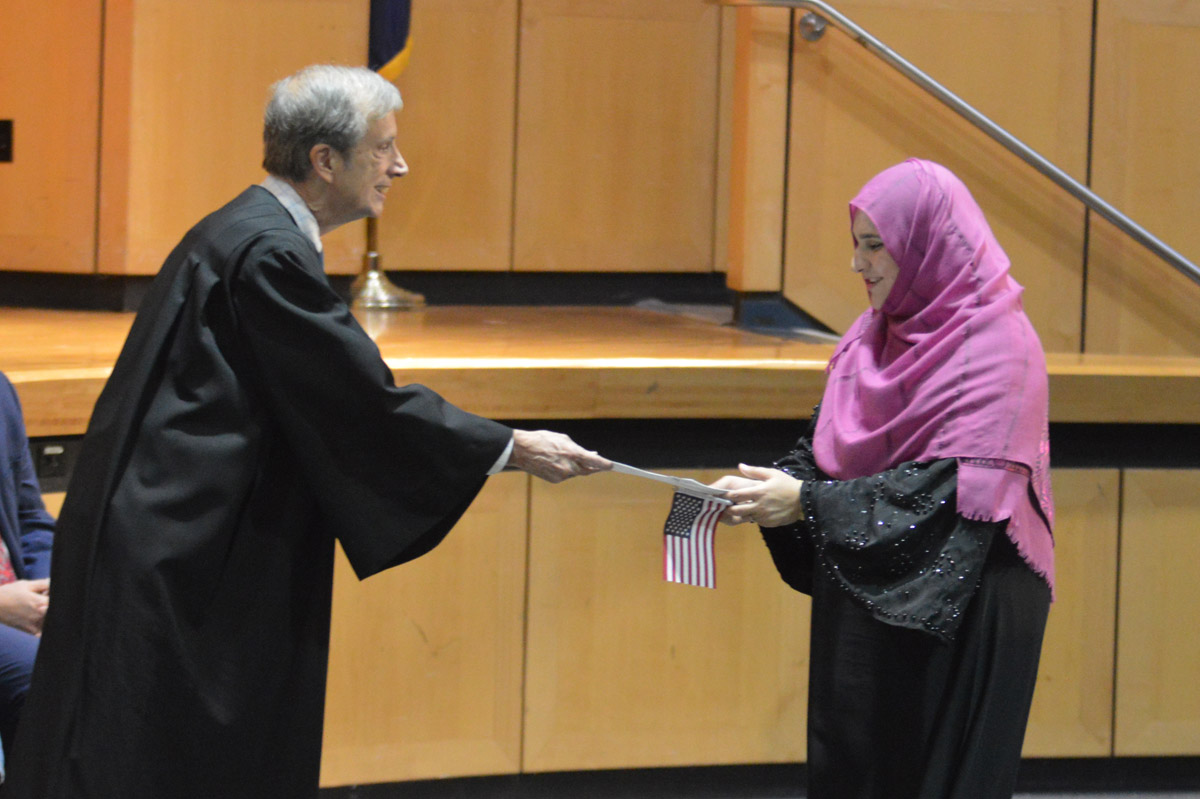 For students in Columbia High School’s Participation in Government class, their lessons left the textbook and entered real life on Friday morning as they attended a Naturalization Ceremony in the school auditorium. They watched 27 people, who originate from 22 different countries, including India, Jamaica, Syria and the Philippines, take the Oath of Allegiance in front of a federal judge and earn their U.S. citizenship.

The new citizens carried small American flags and beamed with pride as they posed for photos with family members.

“I thought it was very moving,” said Sarah Bayly ’25 who attended the event with her Participation in Government class. “Watching this ceremony really just ties in (to class) and really shows us how our country works.”

What an amazing ceremony at Columbia today! pic.twitter.com/poCNXRPKFK

Columbia not only provided the venue for the event, but also added to the pageantry with the Symphonic Jazz Band playing music and the Chamber Singers performing the Star Spangled Banner.

“It’s an important opportunity for our students to see where these people have come from and what they’ve overcome to become an American citizen,” said Columbia Principal Michael Harkin. “We’re just born into it and I think a lot of times we take it for granted. Our students that attend these ceremonies always come back to class really just surprised at what it takes to become an American citizen.” 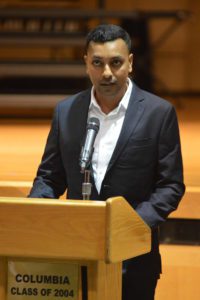 Michael Thomas, who was born in India but immigrated to the United States for graduate school 18 years ago, also spoke at the event. He expressed gratitude for all he has achieved in this country – furthering his education, making friends and creating a family of his own.

“In some sense, I think I was American long before I realized it. I just didn’t have the paperwork,” said Mr. Thomas.

“I applied for naturalization to be able to participate in and contribute to the American experiment,” he continued. “To build and safeguard the ideals that this nation was founded on, and like all parents, leave a better future for the next generation.”

The Honorable Christian Hummel, a U.S. Magistrate Judge for the Northern District of New York and a Columbia High School alumnus, presided over the ceremony. He congratulated the new citizens for their achievement and thanked them for choosing the United States of America as their home country.

“This is now your country,” he told them.

A naturalization ceremony was held today in Rensselaer County for more than two dozen new Americans. It was also a learning experience for local students. For @WAMCNews :https://t.co/S1e1cMSAmG