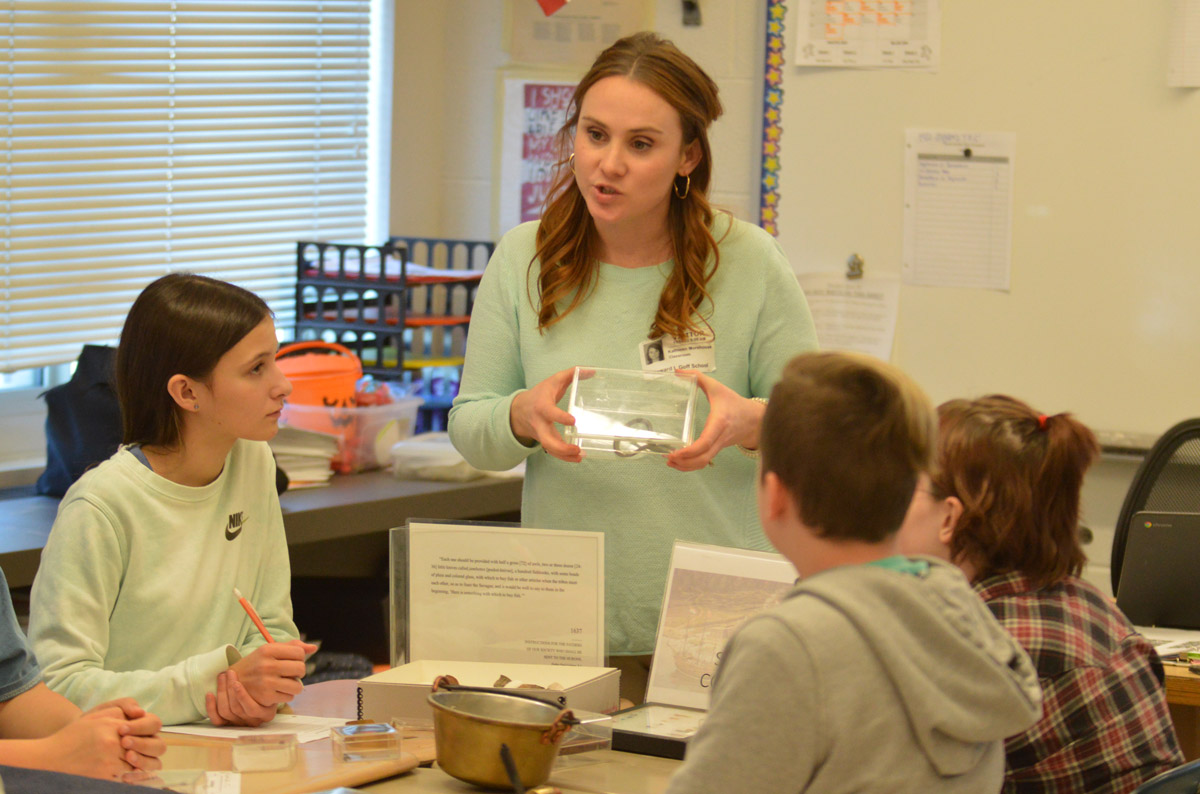 Students learned about the colony, which encompassed parts of what is now New York, New Jersey, Pennsylvania, Maryland, Connecticut, and Delaware, by rotating through five different stations where they were able to view and touch artifacts from the state museum.

“The students had so much fun learning about the cultures and economies of New Netherland through the interactive artifacts in the classroom,” Mrs. Snyder said. “They got to get their hands on the materials, fashions, currencies, and tools to learn about how the colony was made up of diverse religions and cultures as well as examine the relationship the colonists had with the Native Americans while collaborating as a group. It was a busy day, but well worth it!”

Special thanks to the NYS Museum and its educators Kathleen Morehouse and James Jenkins for visiting Goff Middle School!