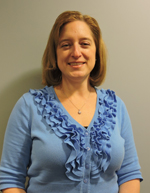 Mrs. Sabella graduated from Juniata College in central Pennsylvania earning her B.S. in Psychology. While there, she enjoyed many student clubs and activities, including competing on the women’s swim team. She also was able to investigate her many academic interests including natural science, art history and psychology. And as a senior, she completed her own undergraduate research project.

Immediately upon graduation, she enrolled in Sage Graduate School, where she worked as graduate assistant counseling academically at-risk students at the Sage Junior College of Albany. Upon earning her M.S. in Guidance and Counseling, Mrs. Sabella took a job in a suburban district outside of New York City before returning to the Capital Region and settling in at East Greenbush. In her free time, Mrs. Sabella enjoys traveling, downhill skiing, spending time with family and watching her daughter compete on the soccer field.