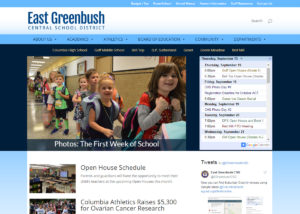 Of the 418 entries from across the state in categories such as writing, newsletters, social media, video and websites, only 120 received awards.

East Greenbush, Bethlehem, Mohonasen and Niskayuna were the only Suburban Council schools to win NYSPRA awards this year, which were judged by communications professionals from around the country.

NYSPRA is a state chapter of the National School Public Relations Association. It is dedicated to the development and dissemination of educational communications that engage parents, staff, community residents, partners in education and other stakeholders.

East Greenbush launched its new website in June. It was produced in partnership with Questar III.