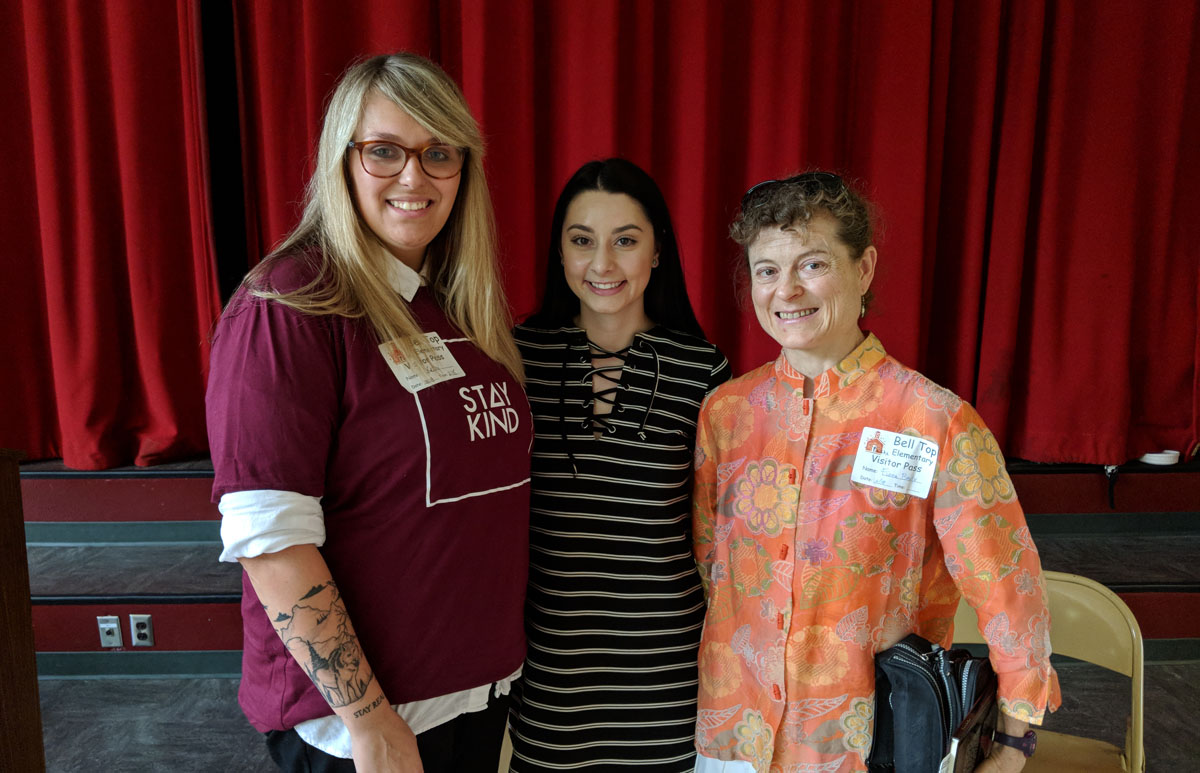 Three Bell Top Elementary School alumni were inducted into to the Bell Ringers Hall of Fame on Monday. The former students were welcomed back for a school-wide assembly in which they were honored for their success in academics, the arts, athletics and citizenship.

Each of the Bell Ringers – Sarah Alamprese, Fiona Bayly and Kelly Griffin – spoke about their fond memories of Bell Top and how the school positively impacted their lives.

Congratulations to the new Bell Ringers!