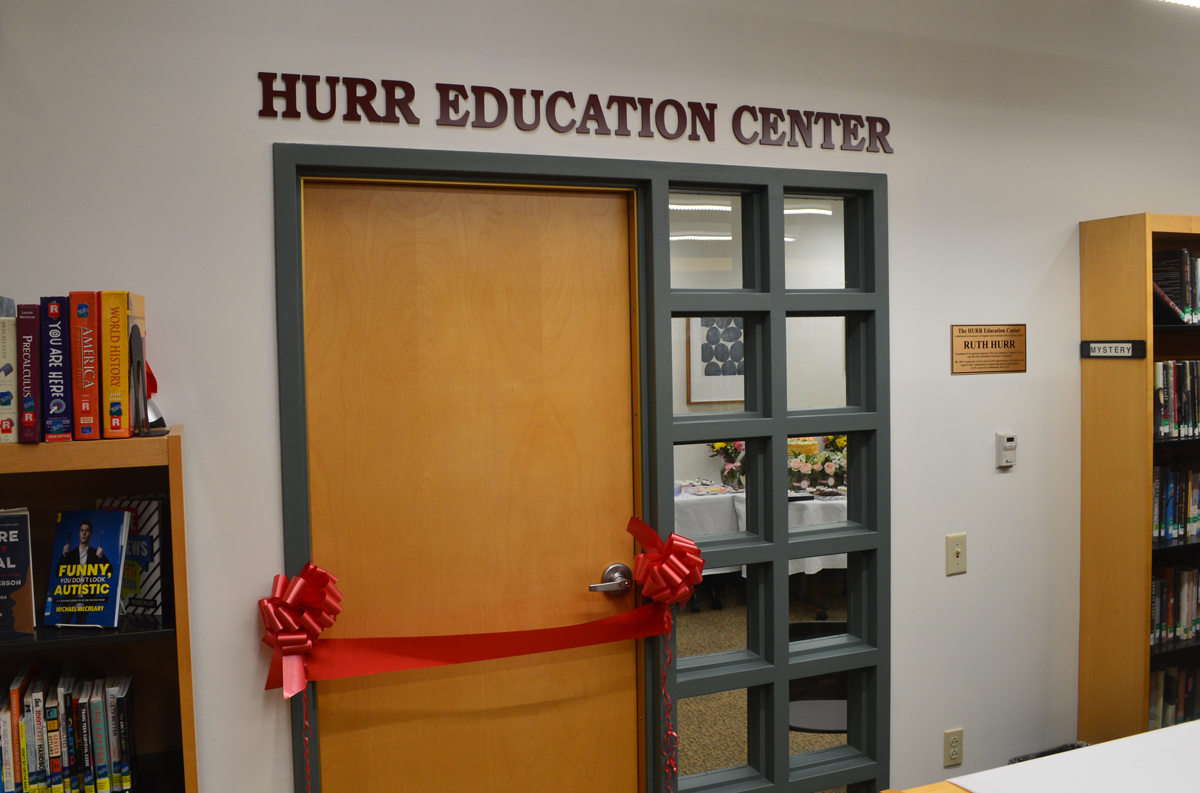 The Hurr Education Center was dedicated at the East Greenbush Community Library on Tuesday evening in honor of former teacher Ruth Hurr.

Former East Greenbush Central School District teacher Ruth Hurr was honored on Tuesday evening as a room was dedicated in her memory at the East Greenbush Community Library. The new Hurr Education Center is located past the circulation desk and will be available for literacy volunteer tutoring, genealogy research, collaborative or quiet study, conducting interviews, and receiving one-one-one assistance with resumes or legal matters. 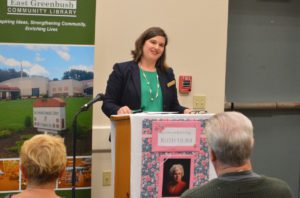 The ceremony was in recognition of Ms. Hurr’s longtime involvement with the library and in gratitude for her monetary donations to the library and East Greenbush Education Foundation.

“The Hurr Education Center is a dedicated space where learning is a priority,” said Jill Dugas Hughes, director of the East Greenbush Community Library. “It is a collaborative space where innovation happens; a perfect testament to the value of lifelong education that Ruth held so dearly.”

Ms. Hurr taught English and Social Studies in the East Greenbush Central School District from 1954-1984. She began her career at the old Columbia (now Citizen Genet Elementary School) when it was a K-12 building, before moving to Howard L. Goff Middle School and, in 1975, to the current Columbia High School.

In 1970, Ms. Hurr became the very first recipient of the EGTA Teacher of the Year award.

Bob King, a retired Social Studies teacher and close friend of Ms. Hurr, attended the dedication ceremony with his daughter Kate. Mr. King, who also serves as the executor of Ms. Hurr’s estate, talked about her teaching career, her accomplishments and their friendship.

“She was part of the King family,” he said. “We loved her dearly.”

Ms. Hurr had a great love of working on community service projects, and even after her death, has helped offer learning opportunities to students. A scholarship in her name was established last year, which is awarded to a graduating senior from Columbia High School. She also funded the keynote speaker from NPR for last year’s Multicultural and Tolerance Fair at the high school.

“Ruth’s donations provide organizations like ours with opportunities to fund programs that support education,” said Shay Harrison, a member of the East Greenbush Education Foundation Board of Directors who also serves as an East Greenbush Community Library trustee. “We’re looking to expand on those programs to benefit the students in our school district.” 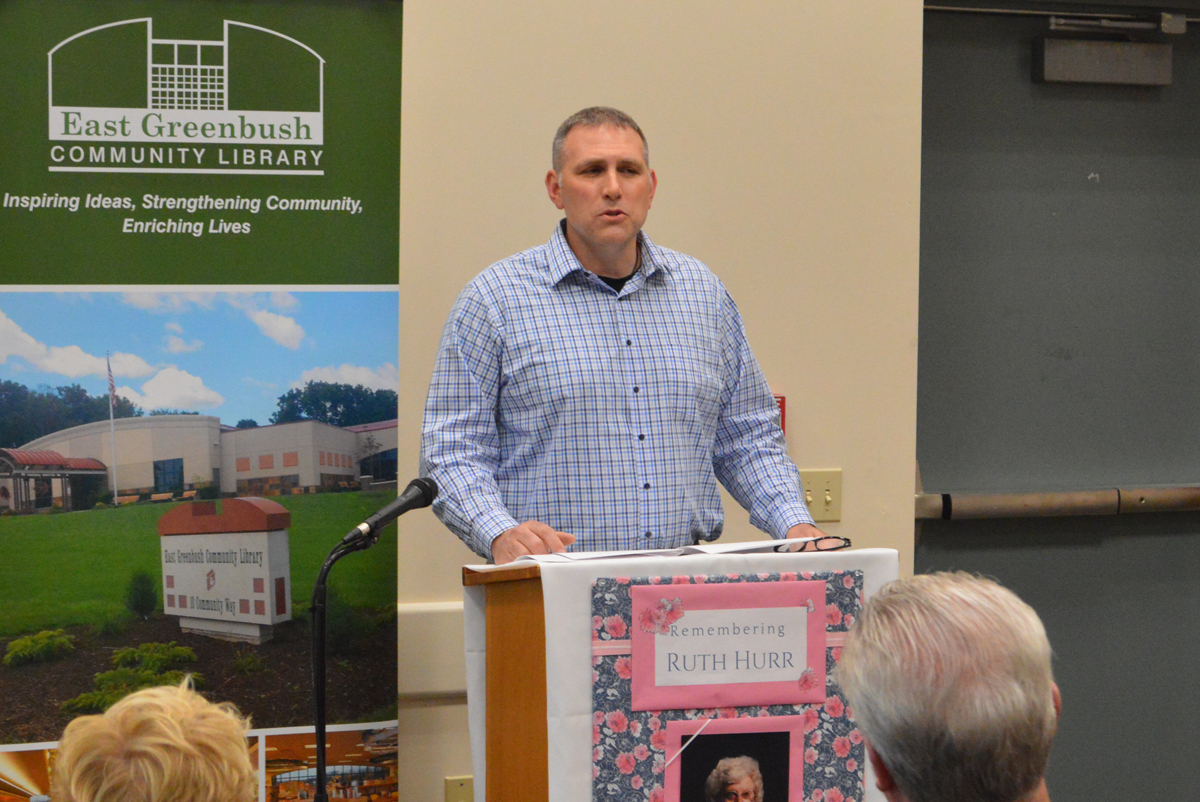 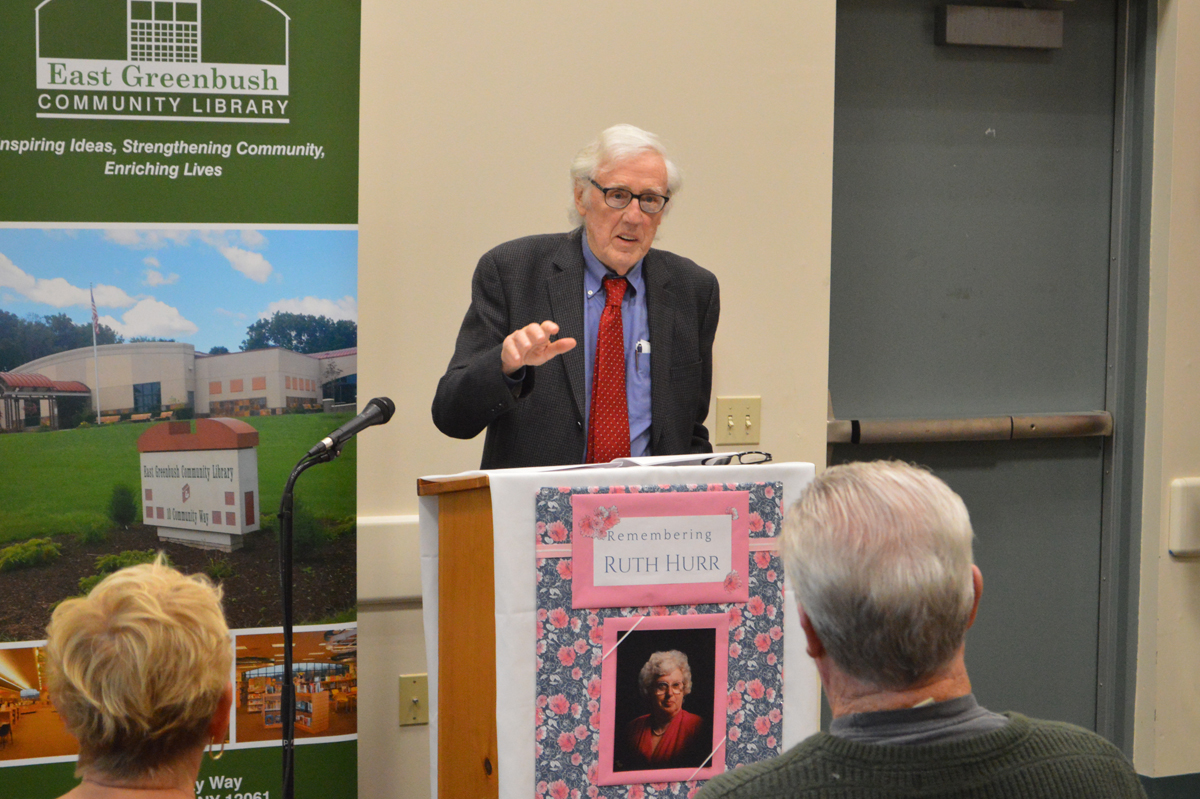 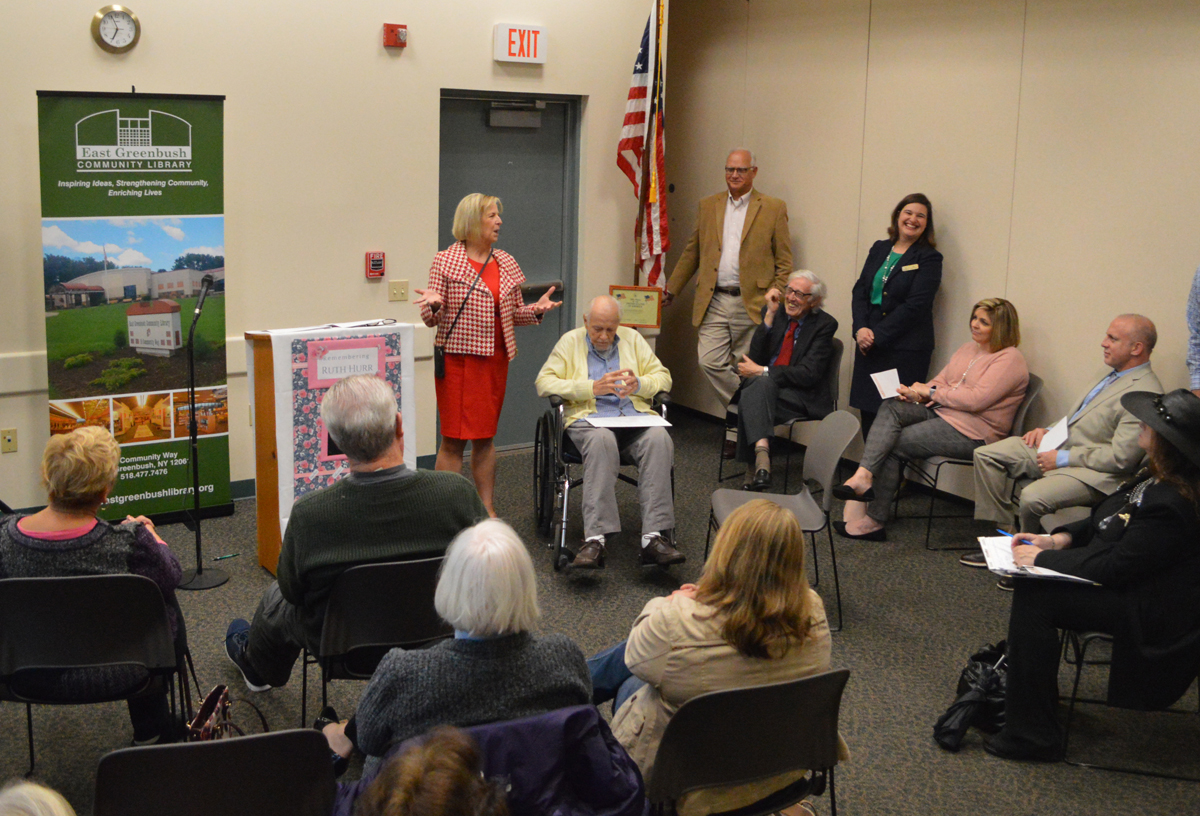 Bob King and his daughter Kate speaking at the Hurr Education Center dedication. 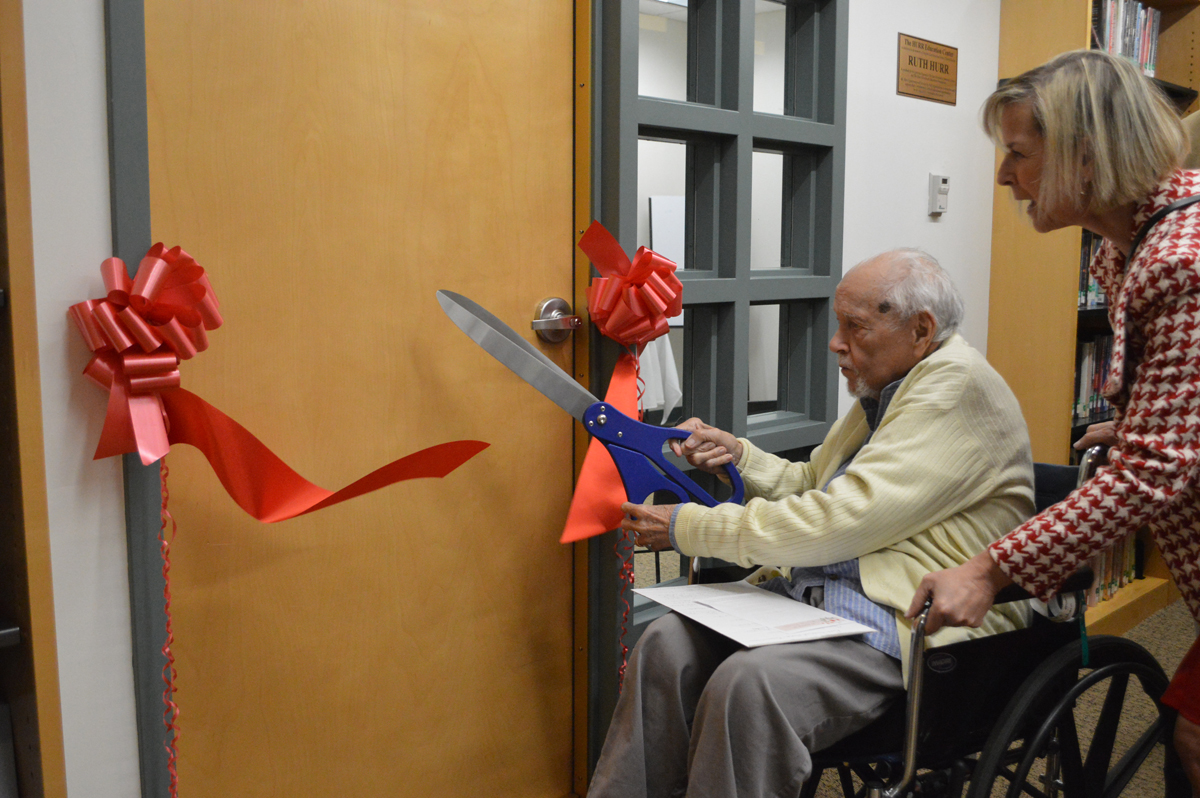 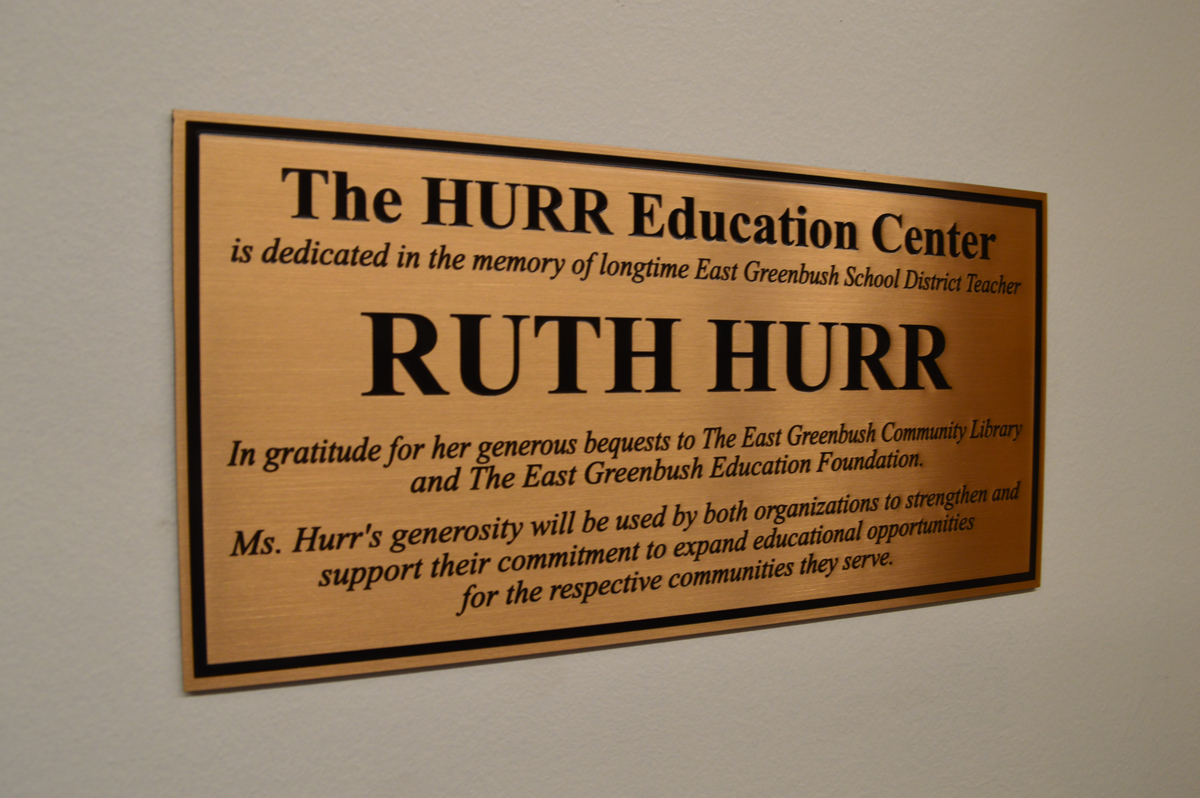 Plaque outside of the Hurr Education Center. 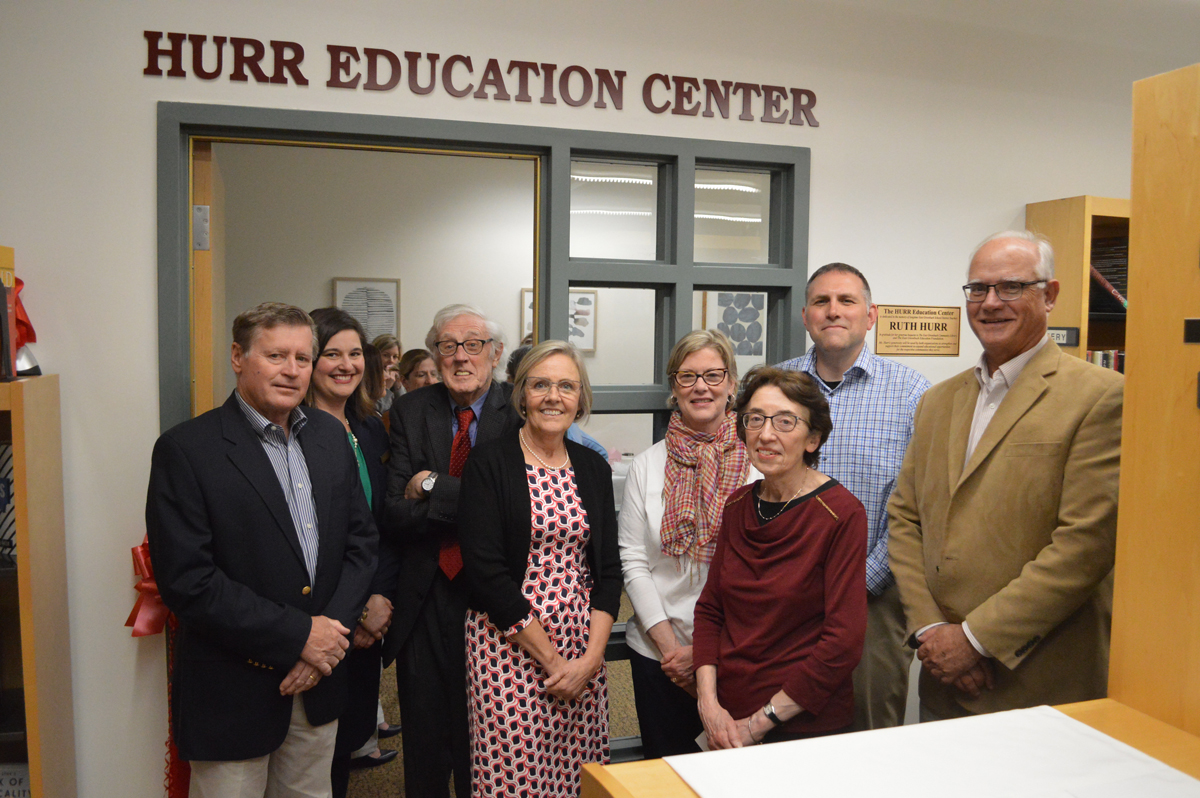 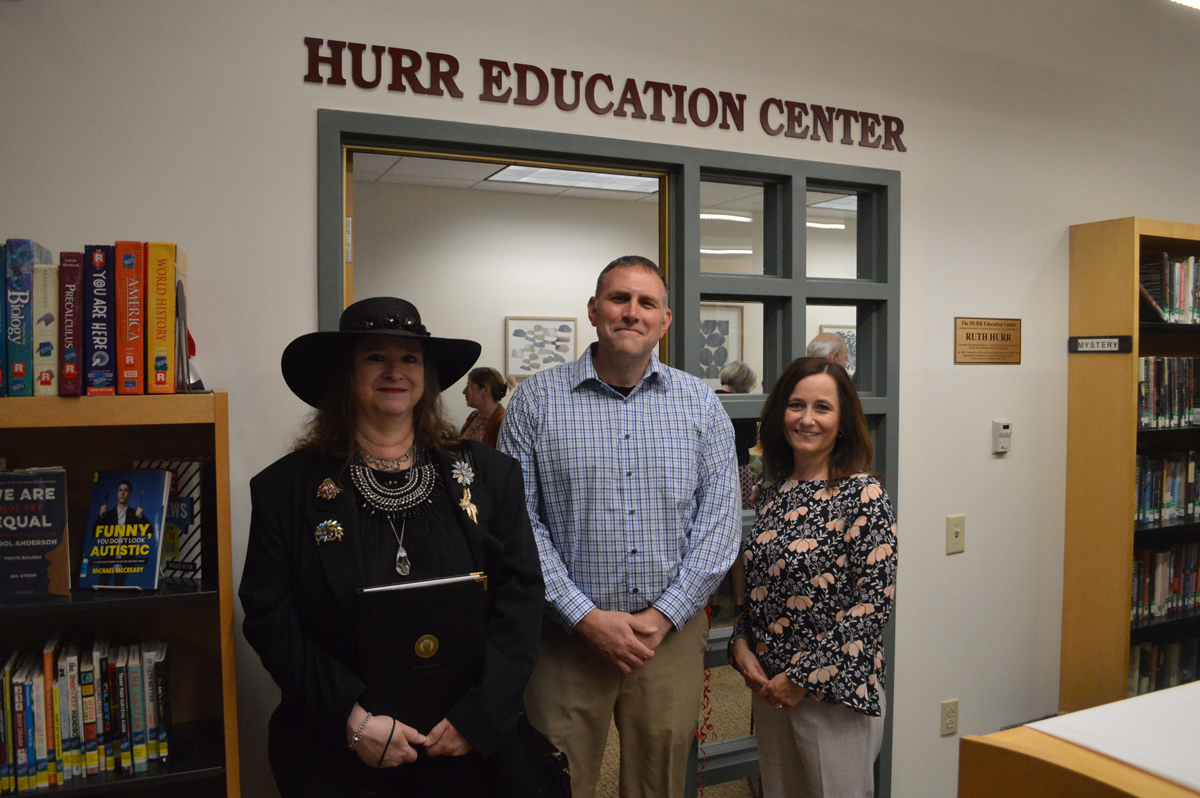 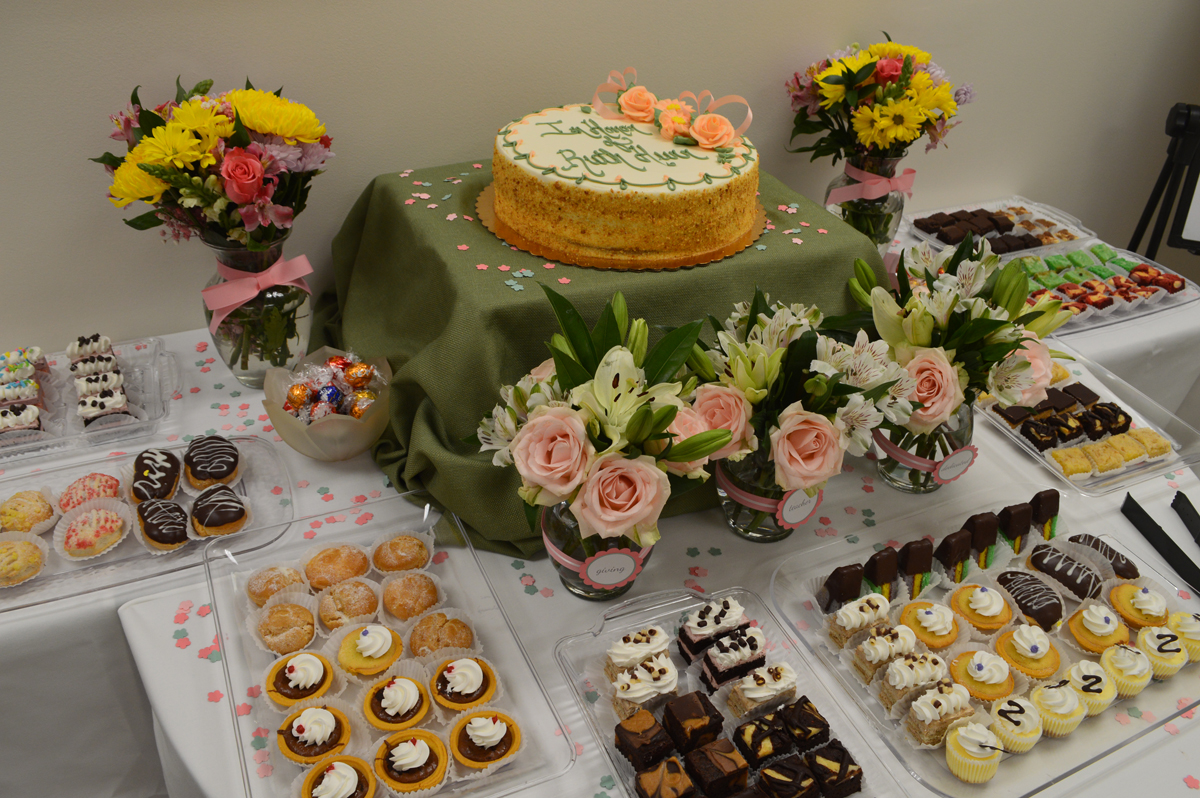