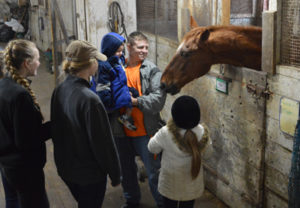 The rainy weather and muddy dirt paths couldn’t dampen the happiness shared by a group of Columbia High School students and their special friend Chase Foley at Little Brook Farm in Old Chatham on Thursday.

Foley, a four-year-old boy who has battled acute lymphoblast leukemia since he was an infant, was accompanied to the horse rescue farm by his older sister Payton and their father Chris. They walked through one of the barns, pet horses who leaned their heads out of stalls and went for a ride on a pony.

Chase is now in remission, though he still goes to a clinic twice a month for regular check-ups. He was ‘adopted’ by students on Columbia’s Principals Leadership Team through the Friends of Jaclyn Foundation in February, which pairs sports teams and other organizations with children fighting pediatric cancer. 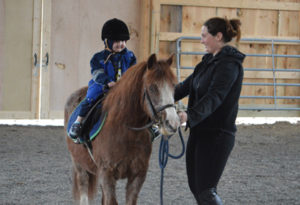 The students have arranged fun group activities for Chase and his family, including a trip to the NYS Wrestling Championships at the Times Union Center, tickets with behind-the-scenes access to Goff Middle School’s musical Lion King Jr., and a visit at the Ronald McDonald House in Albany where students and staff made dinner for residents last week.

“I’m so proud of our students for their level of compassion and commitment to Chase and his family,” said Principal John Sawchuk. “We talk a lot about helping others, so this is great to see students put those lessons into practice.”

Denis Murphy, the founder of Friends of Jaclyn, also attended the farm visit. 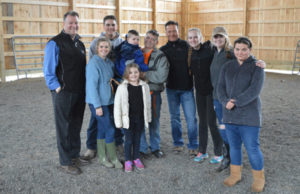 “John Sawchuk and his Principal’s Leadership Team represent all that is right with today’s youth,” Murphy said. “There are many definitions and qualities that are encompassed in being a leader but nothing speaks louder than the positive actions performed by the students participating in our Adopt-a-Child program – they are illustrating the difference between being ‘doers’ and being ‘talkers.’”

At Little Brook Farm, which is home to 76 rescued horses and many other animals, the group walked up from the barn to a new indoor arena. Chase climbed onto a 17-year old pony named Dash, grabbing onto the reins and wearing a black helmet over his hooded blue jacket. They walked around the arena as his father and the students snapped photos.

At one point, Dash began trotting and Chase bounced up and down while smiling for the cameras. 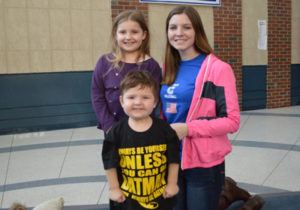 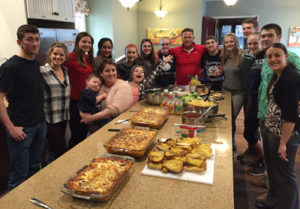