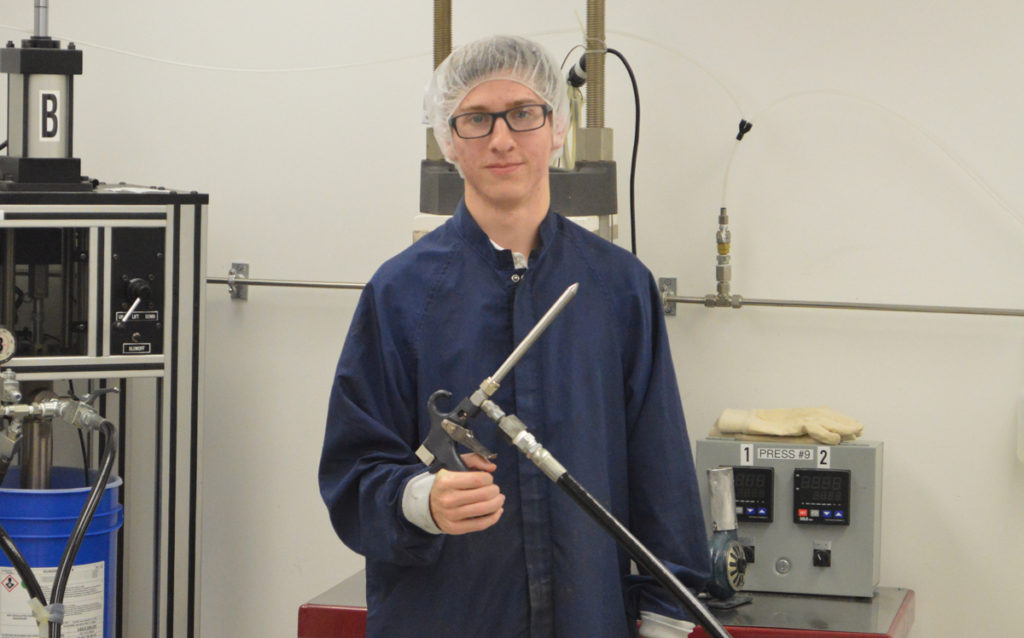 Austin Fuller ’14 in a clean room at Engineered Molding Technology in Albany.

Austin Fuller ’14 is one of the first students to go through Columbia High School’s STEM program. As a senior, he took Applied Engineering and Modern Materials with Career and Technical Education teacher Steve Ford.

“It was cool,” Mr. Fuller said. “We’d make different materials and test them. It was definitely different from any other class I had taken there.”

Mr. Fuller is doing the same kind of work now for a manufacturing company in Albany. Wearing a blue lab coat, he steps into a clean room at Engineered Molding Technology where he designs and creates silicone products for biopharmaceutical companies.

He has worked there since July, following graduation from Hudson Valley Community College where he earned an associate’s degree in mechanical engineering and technology.

“Austin had the skills and experience,” said Michael Pandori, co-owner of Engineered Molding Technology. “And quite honestly, it’s refreshing. He came in with a two-year degree and a technical background that a lot of people didn’t have.” 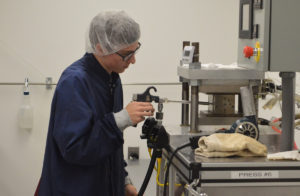 Mr. Fuller joined the company at the right time, as they expand into a new location in Clifton Park with about four times the space they currently have. He’s even been involved with the planning of that new facility, Mr. Pandori said.

Mr. Fuller has also launched Unit Design, his own 3D-printing business. He works from home to design parts on a computer and then fabricates small-scale versions with the printer. It shows the curiosity he developed at Columbia has continued to grow.

“Austin got to be really interested in 3D computer modeling and printing through that pilot program,” Mr. Ford recalled. “He and some other students built an electric powered carbon graphite car. The frame and all its components were either scratch-built or 3D printed.”

And as the economy evolves and STEM jobs become more and more needed, Columbia will continue to produce graduates like Austin Fuller who can meet those demands.