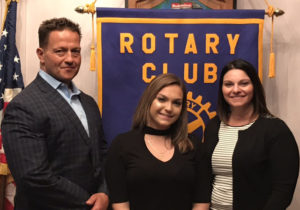 Columbia High School seniors Marissa Hochberg and Tucker Zwanka each received a $500 scholarship from the Southern Rensselaer County Rotary Club on Thursday evening. They were selected based on academic, civic and extracurricular achievements. 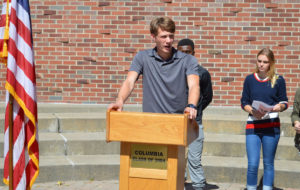 Mr. Zwanka will be attending Hawaii Pacific University in the fall. His accomplishments include: