A Technological Twist to Colonial America 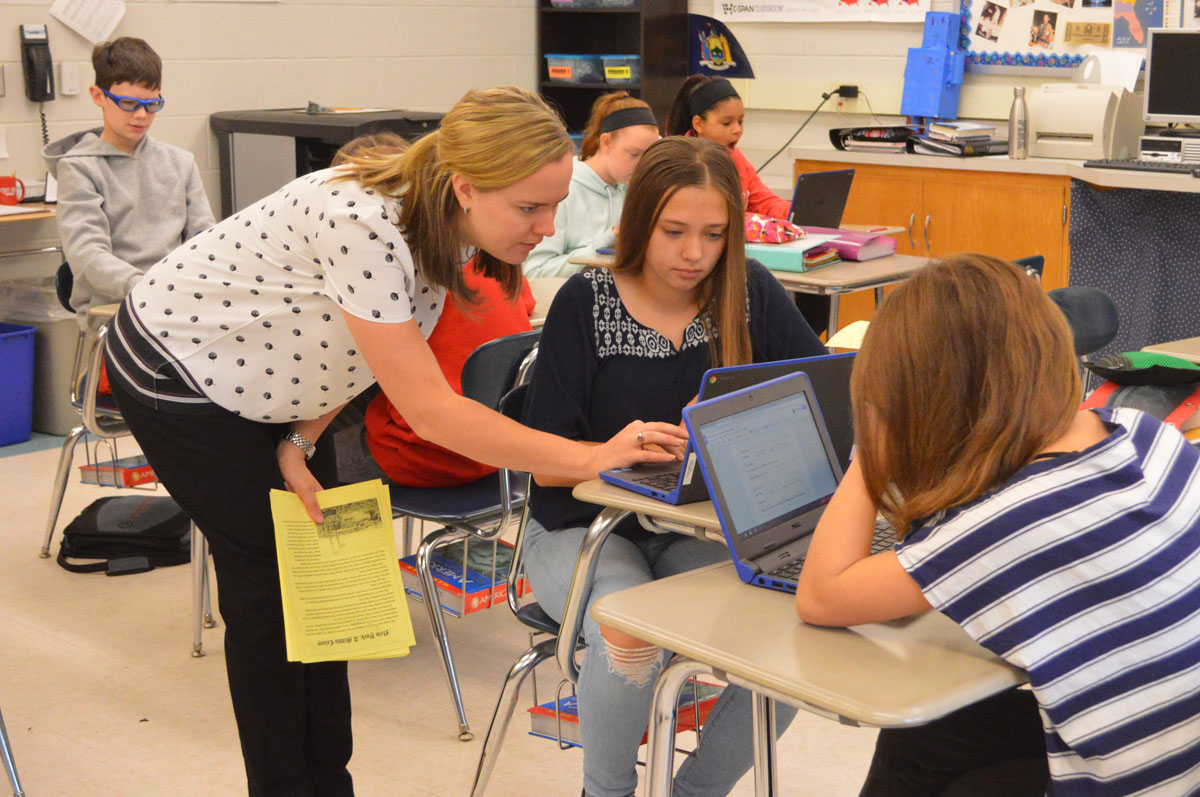 Mrs. Snyder helps students with their research of colonial America.

How would you have advertised resettlement in the New World to Europeans during colonial times? In Kelyn Snyder’s 7th grade social studies classes, students examined that very question as they completed a new technology-based project while learning about Colonial America.

The students worked in groups of two or three and each group was assigned a colony to promote. They used Chromebooks to research their colonies, draft a script and then produce a video as a commercial.

Using Google Docs, students collaborated on the same document at the same time. Even students who were out sick could login to their account from home during class time and still participate.

“There’s a level of engagement that there wasn’t in the past,” Mrs. Snyder said as she walked around the classroom to answer questions.

The project goes along with new social studies curriculum that was written by the 7th grade social studies teachers this past summer. It integrates a 1:1 hybrid device program that improves learning through hands-on use of technology. Not only did students learn about each of the colonies and why they were settled, but they developed research skills, communication skills and how to work as a team.

“The summer curriculum writing was aimed at making the content more accessible and engaging for students,” said Principal Wayne Grignon, “and the feedback has been tremendously informative. The hard work and vision from our 7th grade social studies teachers, with the assistance of the Social Studies Department Chair and several 8th Grade social studies teachers, has spread to other departments who are looking to increase student access to curriculum and project based learning.”

Each of the groups produced short videos, or commercials, on their Chromebooks using Adobe Spark. The commercials were then judged by students in common core support classes.

The winning project was produced by Shea Thorpe, Andrew Lugo and Josh McKinney for their advertisement of Maryland. As the video touted, “If you’re looking for a merry land, then come to Maryland!”