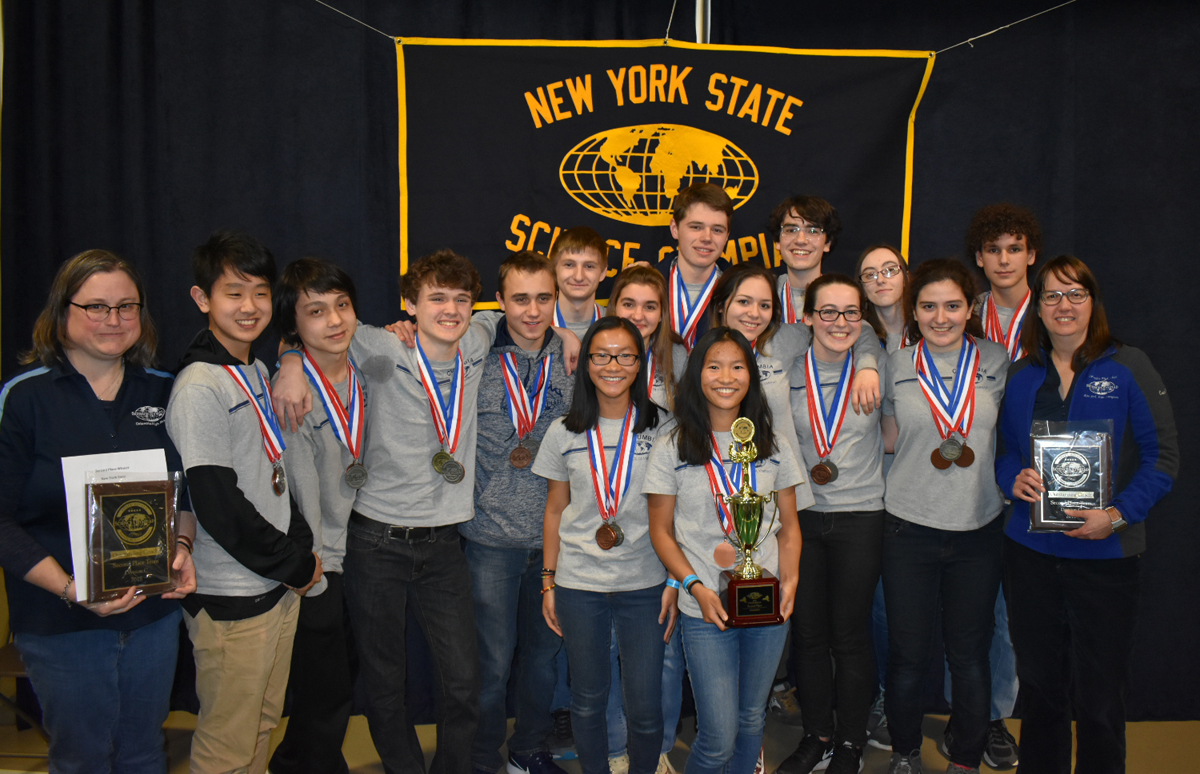 Columbia won a record number of Gold, Silver and Bronze medals, as well as a two new school records of 14 Top Five and 17 Top Ten finishes. 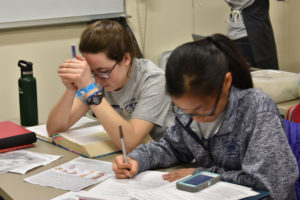 Their hard work and grace under pressure earned the students a school best ever final score and a trip to Nationals in Colorado in May.

Chemistry Lab:  Peter Sergay and Sam Koblensky – Peter and Sam determined the temperature of a bunsen burner flame and found the density of an unknown plastic using only 91% ethanol and water. In 50 minutes, they had to solve both lab problems and answer close to 100 AP level chemistry questions. Great teamwork guys!
Forensics:  Natasha Montiel and Ryan Doyle – Tasha and Ryan had to solve a crime! They were given unknown powders, hair, cloth fibers, plastic, glass break patterns, blood spatter patterns, and fingerprints. They had to run tests, interpret the results, and analyze the data in order to decide whodunit. An impressive job!
Hovercraft:  Sam Koblensky and Peter Sergay – Sam and Peter had a near perfect run with their Hovercraft on Saturday surprising themselves and impressing the judges. After the event, one of the judges approached Coach Amos and told him it was, “Cool to see!”  Sam and Peter also aced the accompanying exam. 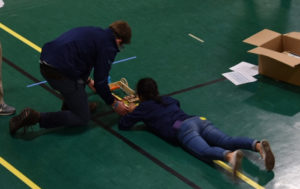 Herpetology:  Kelly Nagel and Sydney Sill – Syd and Kelly are experts on snakes, lizards, toads and frogs! They had to identify them and answer questions on everything from habitat to physiology.
Material Science:  Albert Chang and Peter Sergay – Albert and Peter had to complete a lab and finish a test that included Organic and Inorganic Chemistry, Physics and Calculus.
Microbe Mission:  Abby Radin and Natasha Montiel – Abby and Tasha are experts on anything that has to do with microorganisms from identification to disease eradication.
Optics:  Sam Koblensky and Owen Ball – Sam and Owen bounced a laser off five different mirrors to hit a target at the other end of the range and answered 50+ college-level questions on Optics.

Mission Possible:  Owen Ball and George Culver – Used pulleys, levers, endothermic and exothermic reactions, hydraulics and electronics to flip a coin, complete circuits.
Parasitology:  Justine Fournier and Tyler Pearson – Justine and Tyler are two sophomores who mastered huge amounts of information on insects in less than a month. The future of the team looks good!
Thermodynamics:  Neil Laya and Sam Koblensky – Neil and Sam answered college-level physics questions on Thermodynamics all while testing their insulating device.