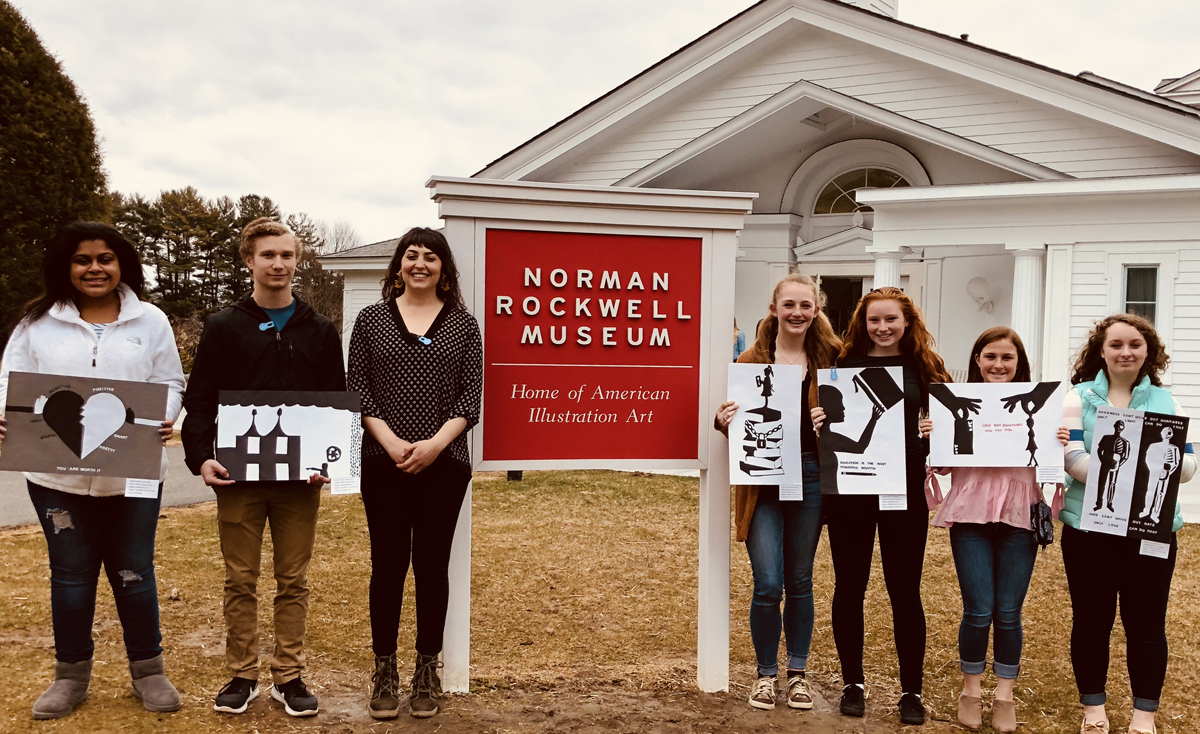 The exhibition commemorated former president Franklin Delano Roosevelt’s 1941 State of the Union speech, in which he believed every American was entitled to Four Freedoms. Norman Rockwell, a 20th-century American painter and illustrator duplicated these Four Freedoms in a poster series. To honor the 75th anniversary of this poster series, students were asked to create a work of their own which reimagines what the Four Freedoms might be in 2018.

“Our students were inspired by the high contrast, cut, black paper, silhouettes of artist Kara Walker,” said Columbia art teacher Andrea Neiman. “I am so proud of the work they created.”

The exhibition included more than 100 works from seven Capital Region school districts. It was held in conjunction with National Youth Art Month and was sponsored by the Norman Rockwell Museum, the Capital Area Art Supervisors (CAAS), Region 6 and the New York State Art Teacher’s Association (NYSATA).