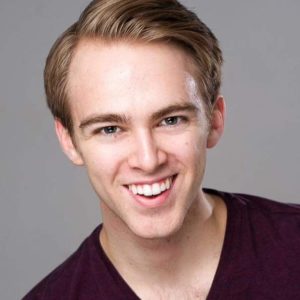 Dan Macke graduated from Columbia High School in 2014. He recently made his Broadway debut in the Tony Award-winning musical “Dear Evan Hansen.”

Columbia alumnus Dan Macke ’14 made his debut performance on Broadway earlier this month in the Tony Award-winning Best Musical “Dear Evan Hansen.” As an understudy, he filled the role of Connor Murphy on July 14 in front of family and friends at the Music Box Theatre on West 45th Street in Manhattan.

We spoke with Mr. Macke about his debut performance, catching the acting bug as a third grader in East Greenbush and how he’s living his dream.

Q: Congratulations on making your Broadway debut! That must have been an incredible experience for you.
A: Oh yeah. It was tough in the beginning. But each time on stage it got easier as it went along in terms of getting over the anxiety and the craziness.

Q: How’s the show going so far?
A: The show’s been thriving. We’re very thankful about that. And I’m very thankful for being in a show with so much success.

Q: How did it feel performing in your Broadway debut?
A: It was unbelievable. Mainly Connor works with Evan on stage. He’s the main scene partner. The actor who plays Evan, his name is Taylor Trensch, is one of the most giving scene partners. He really helped me feel comfortable on stage. Everyone in the cast was very supportive. They kept it fun and loose. 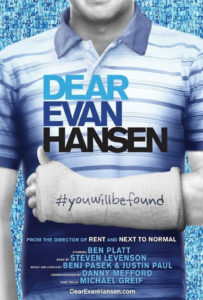 Dan Macke is an understudy for two different roles in the Broadway musical “Dear Evan Hansen.”

Q: What is your daily routine?
A: I warm-up every day, shortly after I wake up. You do a lot of work for the show, especially vocally. I run through the lines every day. It’s good to keep it fresh, especially as an understudy, because we don’t get to massage the lines every night.

I go to the theater for every performance. We’re all there on standby, backstage. We’re not in costume, but we’re ready to go in case something happens. And it’s good to be there for self-study.

Q: How did you get this opportunity?
A: I went to the open call. It was during school and I was very, very fortunate. There were around 400 people at the open call. Sometimes people are discouraged by open calls, but I’m proof that you can go to those things and be seen and you could be a diamond in the rough. You’re not invisible.

Q: How long have you been performing on stage?
A: I was bitten by the theatre bug in third grade. I’ve never wanted to do anything else. I joined a production of “Grease Jr.” at a summer camp that’s now called SYFI.

Q: Are you living your dream right now?
A: Absolutely. It’s crazy. I never thought that this would be happening so soon after my college graduation. It was all so surreal. All my classmates were really supportive. It’s the dream.

Q: Did you participate in drama clubs while you attended Goff and Columbia?
A: Oh yes. All the way through. 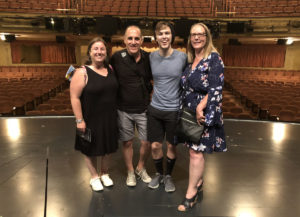 Dan Macke with East Greenbush teachers at the Music Box Theatre in Manhattan.

Q: I understand some East Greenbush teachers and classmates of yours went to your debut performance. What was that like for you?
A: Yes. Mr. DiDonato and Mrs. Vlieg, who I had as teachers, Mrs. Tracy and Mrs. Dupont. So many people from different walks of my life were there – family, friends from college, my very first theater camp, my high school teachers – it was wonderful. It was just so much positive energy. And it made it feel a little less overwhelming.

Q: Are there any teachers who influenced you or helped you along the way?
A: Oh absolutely. I always loved the dedication of Susannah Quenelle. She headed the drama club, the Chamber Singers, Once Upon a Stage, Columbia Idol – a lot of art that helped me find a place at the school. There were so many opportunities for me.

Q: What are your career plans moving forward?
A: I’m seeking representation in terms of a talent agency. That’s a good way to get into audition rooms. And I want to explore other areas – voice acting, camera work in TV or commercials. I’m always open to explore, for sure.