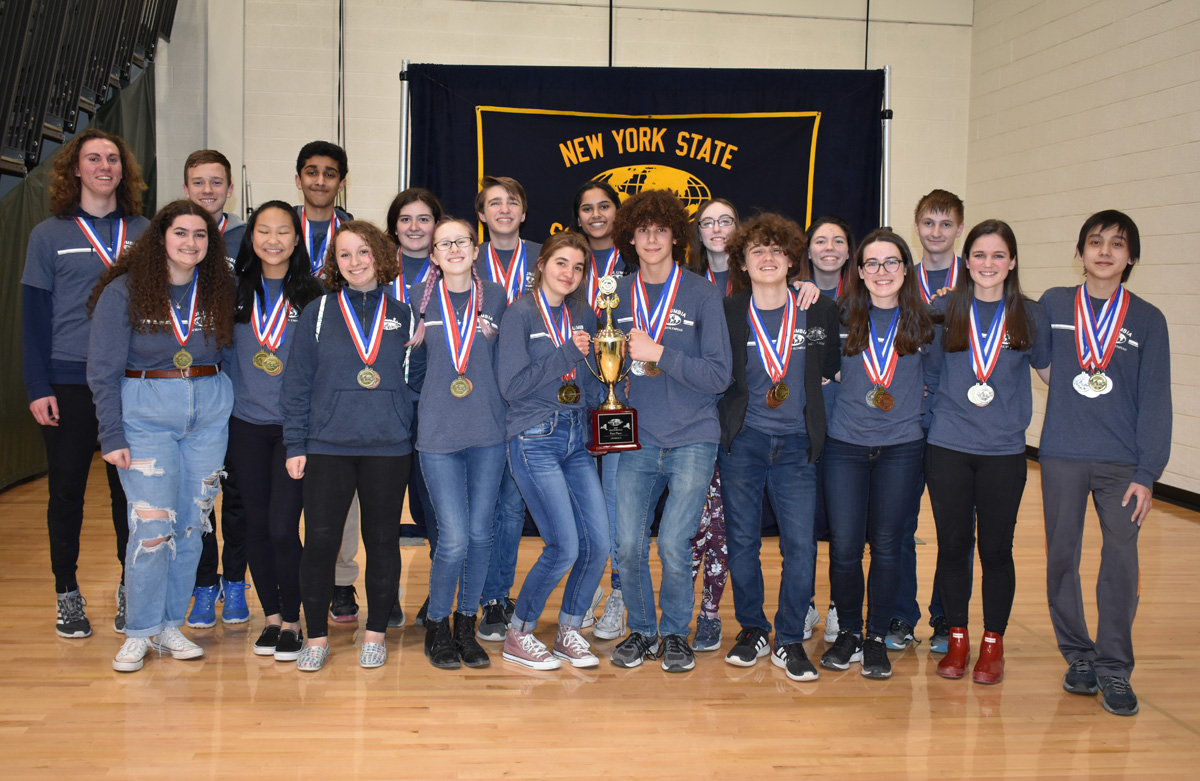 Of the almost 680 Science Olympiad teams in New York, only the top 56 earn the privilege to advance to the state finals. Columbia had an incredibly successful day – earning a medal in each of the 23 events – including four State Champions, six Silver medalists and two Bronze medalists. There were an additional 11 finishes in the Top-10.

Columbia’s team broke a long-standing record by winning the event with the Best Overall Team Score ever recorded in New York Science Olympiad’s 34-year history. Columbia will represent New York as State Champions at the National Finals to be held at Cornell University in June. 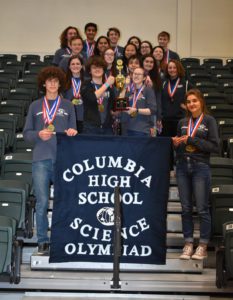 Good Luck to our State Champions!