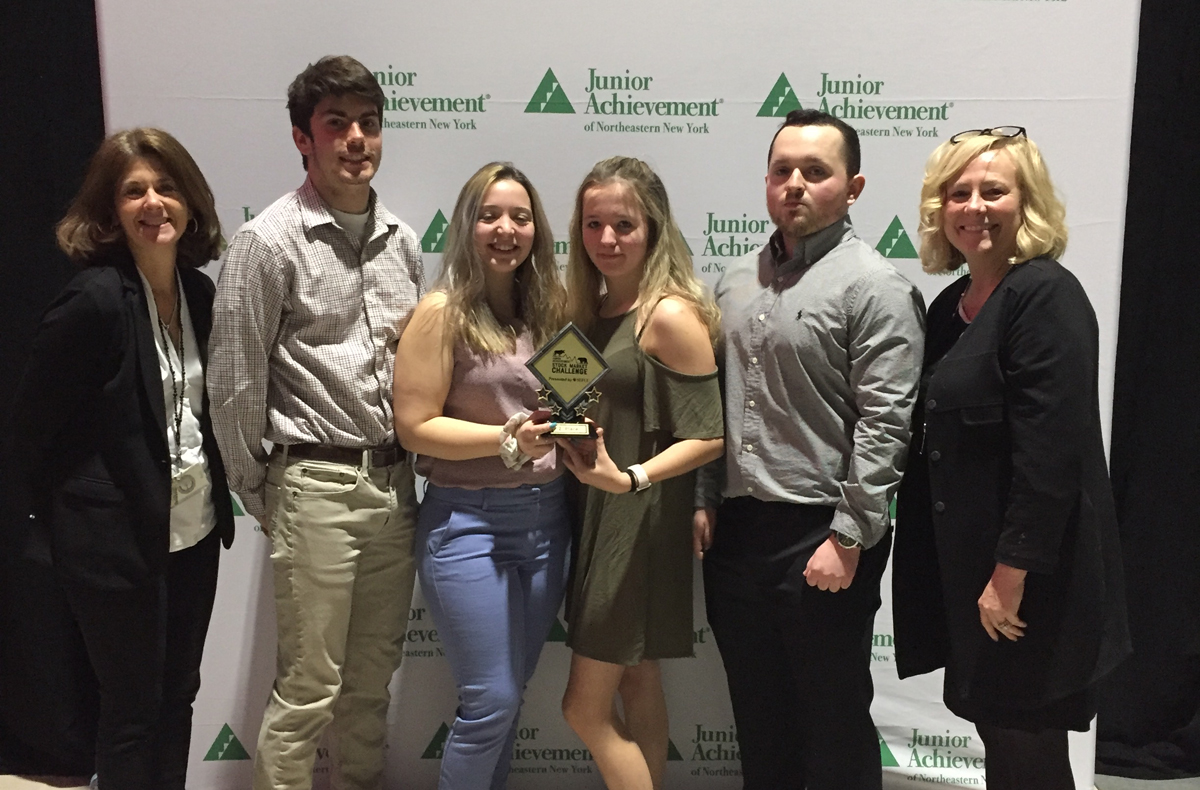 Columbia High School business students placed second at the Junior Achievement Stock Market Challenge on April 17 at the University at Albany. The students competed against 19 schools and 400 students.

Columbia seniors Madison Lambert, Ryan LaRose, Tyler LoPresti and Allison Wagoner were on the second place team. Not only did they come in second place, but they also came in first for the “Call of the Day!” The four seniors won individual prizes, a trophy,  as well as a prize for the school, which is a $1,000 scholarship to be awarded to a student in the Business Department.