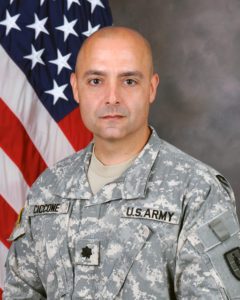 According to the Times Union, Mr. Ciccone served 33 years in the National Guard, he is a veteran of the Iraq war and earned a Bronze Star, five Meritorious Service Medals, two Army Achievement Medals, and four Army Reserve Component Achievement Medals during his military career.