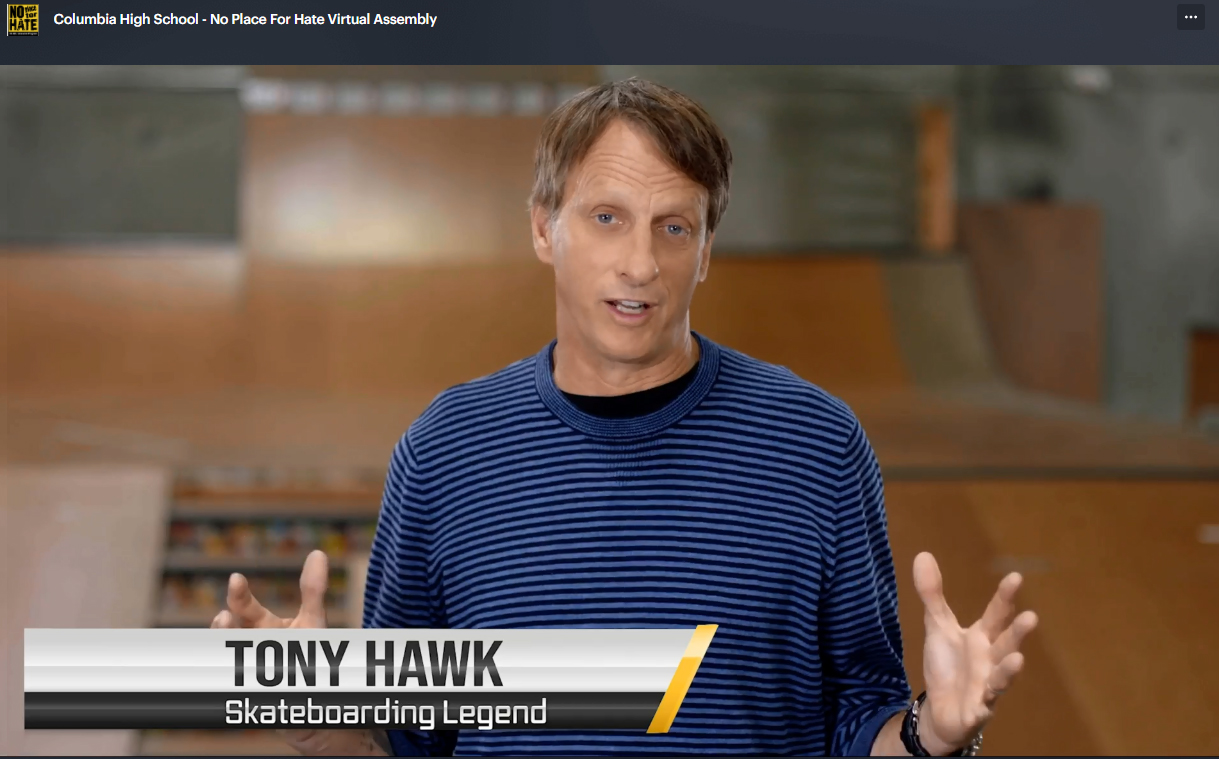 Professional skateboarder Tony Hawk was one of a dozen celebrities to participate in a virtual anti-bullying assembly for Columbia High School students on March 30.

Columbia High School hosted a virtual No Place for Hate Assembly last week that featured celebrity presenters such as skateboarding legend Tony Hawk, NBA Hall of Famer Magic Johnson and TikTok superstar Dixie D’Amelio. The school-wide assembly was sponsored by Columbia’s Ethnic Coalition in partnership with the Anti-Defamation League’s No Place for Hate initiative. Its purpose was to discuss messages of hope and inspiration.

During the event, a live emcee introduced a series of pre-recorded messages from celebrities so they could share their own personal experiences and offer advice for overcoming obstacles and being an ally for others.

“Be kind to yourself. Be kind to others,” said Mr. Hawk, who said he had been bullied as a teenager. “Think about what it’s like on the other side of it. Imagine what it’s like being on the receiving end.”

Throughout the virtual assembly, the emcee provided information about bullying and cyberbullying, citing statistics and even launching polls for students to take. In response to one of the questions, 86% of students said they have witnessed bullying or other forms of hate during their lives.

Special thanks to Columbia’s Ethnic Coalition club and its advisor Jason DeFrias for organizing this school-wide assembly!