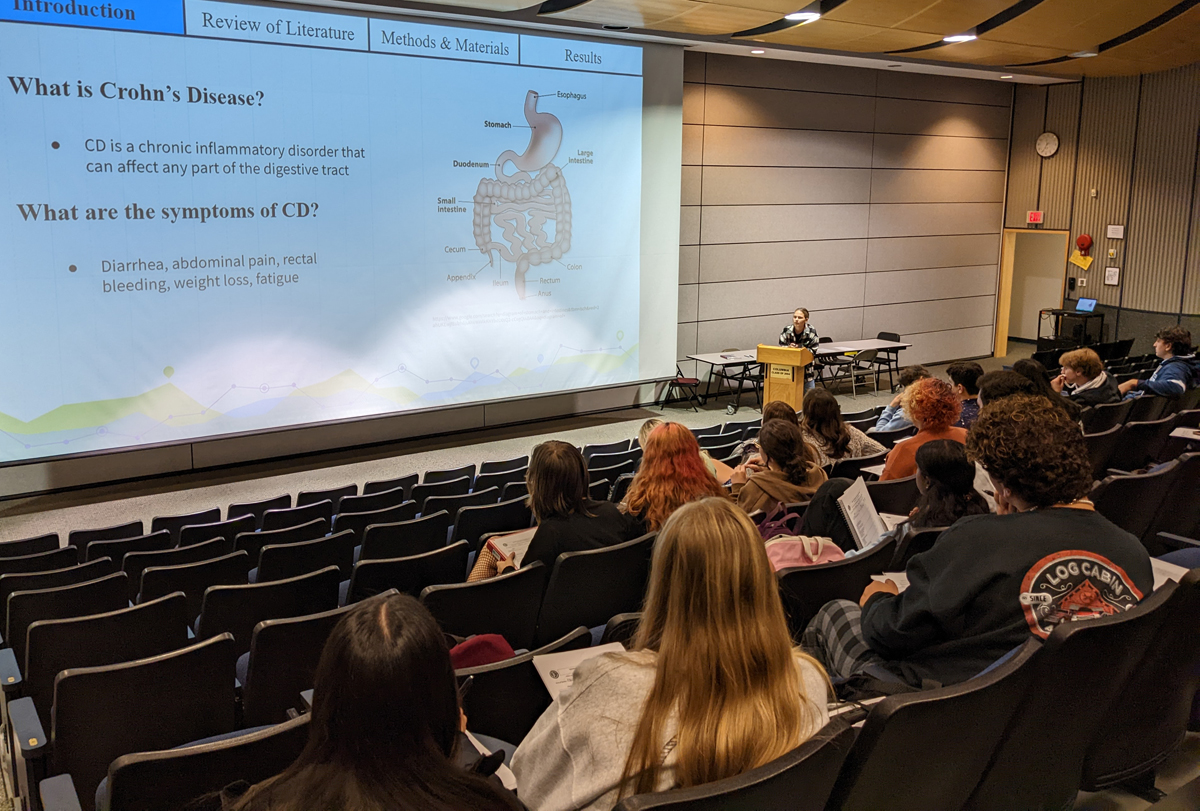 Alaina Marino ’23 presenting her Science Research project to classmates at a Mini Symposium in the Columbia High School auditorium.

Columbia High School students in the Science Research program presented their work to classmates on Wednesday as part of a Mini Symposium in the school auditorium. Students explained their research projects and what they have learned so far. They also answered questions about their projects from the audience.

“I am always so impressed by what our students accomplish,” said Columbia Science Teacher Heidi Gleason who coordinates the Science Research program. “Their presentations and their scientific work is impressive. They push each other to always be better; it was a great day!” 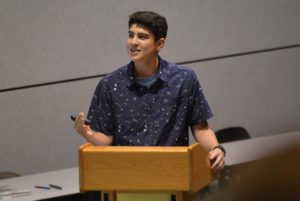