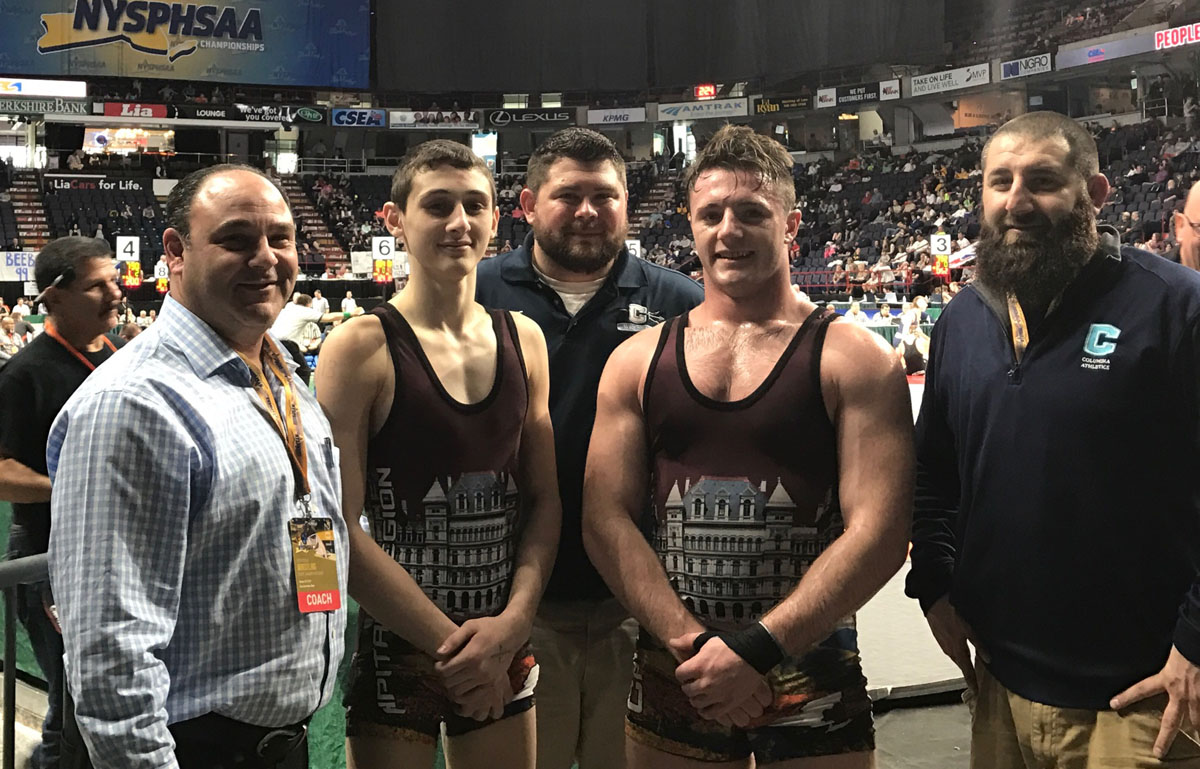 Columbia finished 12th out of 120 teams in NYS Division I based on the performance of its four wrestlers in the state tournament: Dubuque, Gonyea, John Devine and Trent Nadeau.

As part of the opening ceremony, Devine carried the Section 2 flag and led the procession of wrestlers because he won the Section 2 Sportsmanship Award. The award is voted on by all of the Section’s coaches.

Parade of athletes has begun. Host section, section 2 leads them in. #NYSPHSAA pic.twitter.com/H6x6buN5Sq

Mike Gonyea getting his medal pic.twitter.com/XTJe0jasjM

Dylan Dubuque getting his medal pic.twitter.com/E29nSRwlI3