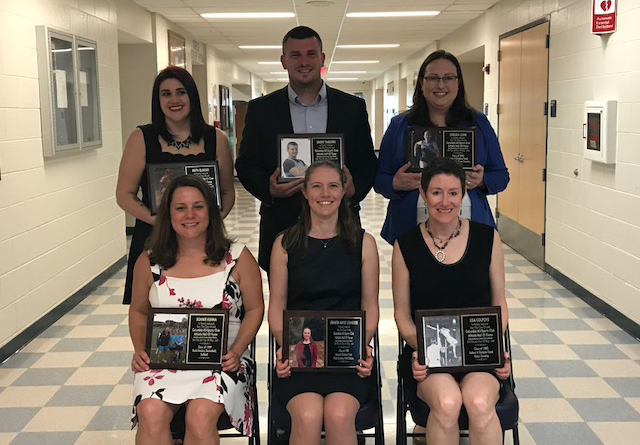 Six former student athletes were inducted into Columbia High School’s Athletic Hall of Fame on Saturday, May 5. The outstanding alumni were standouts in a variety of sports and all went on to impressive colleges and careers.

“Congratulations to the 2018 Columbia Athletic Hall of Fame inductees,” said Columbia Athletic Director Michael Leonard. “You show the true spirit of our athletes and bring the past and present together as one. Thank you to all for paving the way for all our young athletes and teaching them how hard work, integrity, strength, and pride can pay off. You are the pride of the East Greenbush School District Community and the Columbia Athletic Family.”