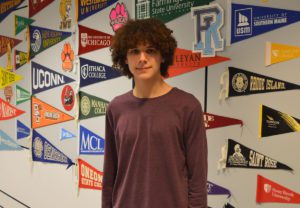 Columbia High School senior Sam Koblensky was recently named a National Merit Scholarship finalist, meaning he remains eligible for one of the 7,500 Merit Scholarships given out nationwide this spring.

Only 15,000 students were named finalists out of more than 1.6 million who took the test nationwide.

“It’s a nice recognition,” said Mr. Koblensky, who plans to major in mechanical or aerospace engineering at college in the fall.

Mr. Koblensky is one of the top students at Columbia with a 4.0 GPA. He competes on the Columbia Science Olympiad team, which just won the NYS Championship, the Math League team, and plays in the school Jazz Band.