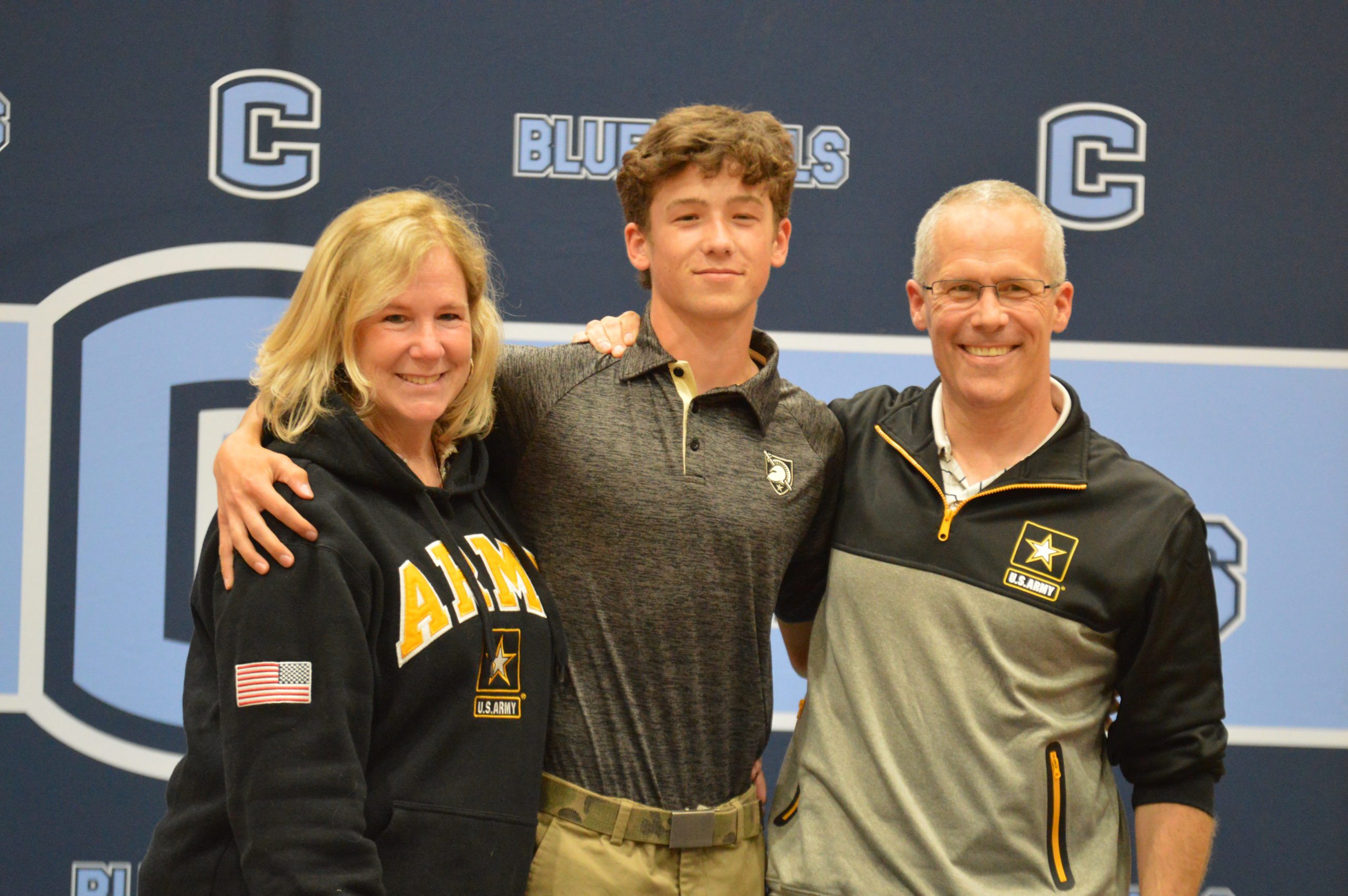 Nate Davis ’22, center, with his mother and father after signing a commitment letter to run cross country and track for Army in college.

Later this month, students in the Columbia High School Class of 2022 will receive their diplomas at graduation and set out into the world – attending college, entering the workforce or joining the military. Everyone in the East Greenbush Central School District is proud of this class and everything they have overcome to reach this milestone. To celebrate the Class of 2022, we will be featuring seniors this month and their exciting post-graduate plans. Congratulations to the Columbia Class of 2022!

Nate Davis ’22 signed a commitment letter to run cross country and track at West Point at a press conference in the Columbia High School gym last week. Standing behind him were his mother and father, both of whom served in the U.S. Army. 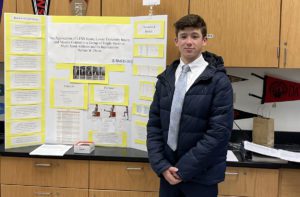 Nate Davis at the RPI Science and Engineering Fair.

The accomplished High Honor Roll student who has won academic awards and reached the podium at state track events will be serving a greater purpose for the next 10 years and beyond.

At West Point, Mr. Davis plans to study chemical engineering. Once he graduates, he will serve five years of active duty in the U.S. Army with three years in the reserves, though he said a career in the reserves is something he is considering.

“It’s really in my blood. I really wanted to serve my country,” said Mr. Davis. “It’s the best place for me academically but also athletically, too.”

Two days after graduation, Mr. Davis reports to West Point for a 6-week cadet basic training and then he starts the fall semester. 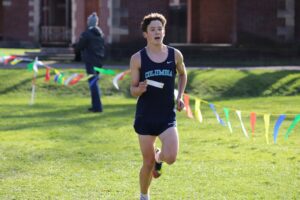 Mr. Davis will run cross country and track for Army. He is coming off a stellar senior year in which he was named to the Times Union Cross Country First Team, finished 4th in the NYSPHSAA/NYS Federation Indoor Championships, 4th in the NYS Outdoor Track Championships and helped Columbia win a Sectional Championship in Indoor Track.

In addition to his athletic success, Mr. Davis won two awards at the RPI Science and Engineering Fair for his project titled “The Application of LESS Score, Lower Extremity Injury, and Muscle Control in a Group of Single-Sport vs Multi-Sport Athletes and Its Implications.”

Congratulations to Nate Davis and best of luck in the future!