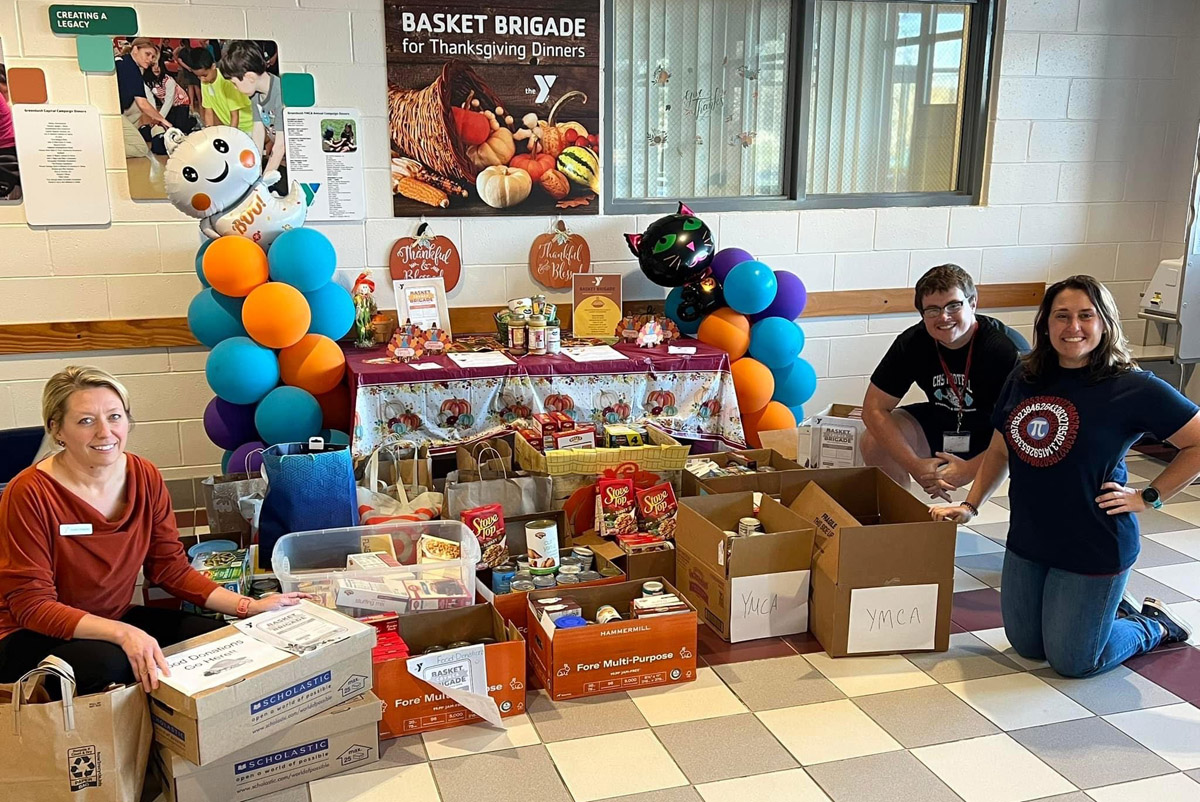 The East Greenbush Teachers Association is helping to provide Thanksgiving Dinners to families in need by contributing to the Capital District YMCA’s Basket Brigade. Earlier this month, the EGTA donated food and money to this important cause, they volunteered packing the dinners and they are helping deliver meals.

More than 1,200 Thanksgiving dinners are being delivered to families in the Capital Region ahead of the holiday, including 40 within the East Greenbush Central School District.

This marks the sixth year of EGTA support for the YMCA Basket Brigade.

“I am truly appreciative of the ongoing support of the East Greenbush Teachers Association and its members,” said Shannon Romanowski, District Executive Director of the Greenbush YMCA. “Without their help, this initiative isn’t nearly as successful. Also, I’d like to thank the Bell Top students for their donation this year in conjunction with Ms. Cassella.”

Proud of the East Greenbush Teachers Association for their contributions to the YMCA Basket Brigade which provides Thanksgiving Dinners to families in need. @CD_YMCA pic.twitter.com/IDjWNOf1qi