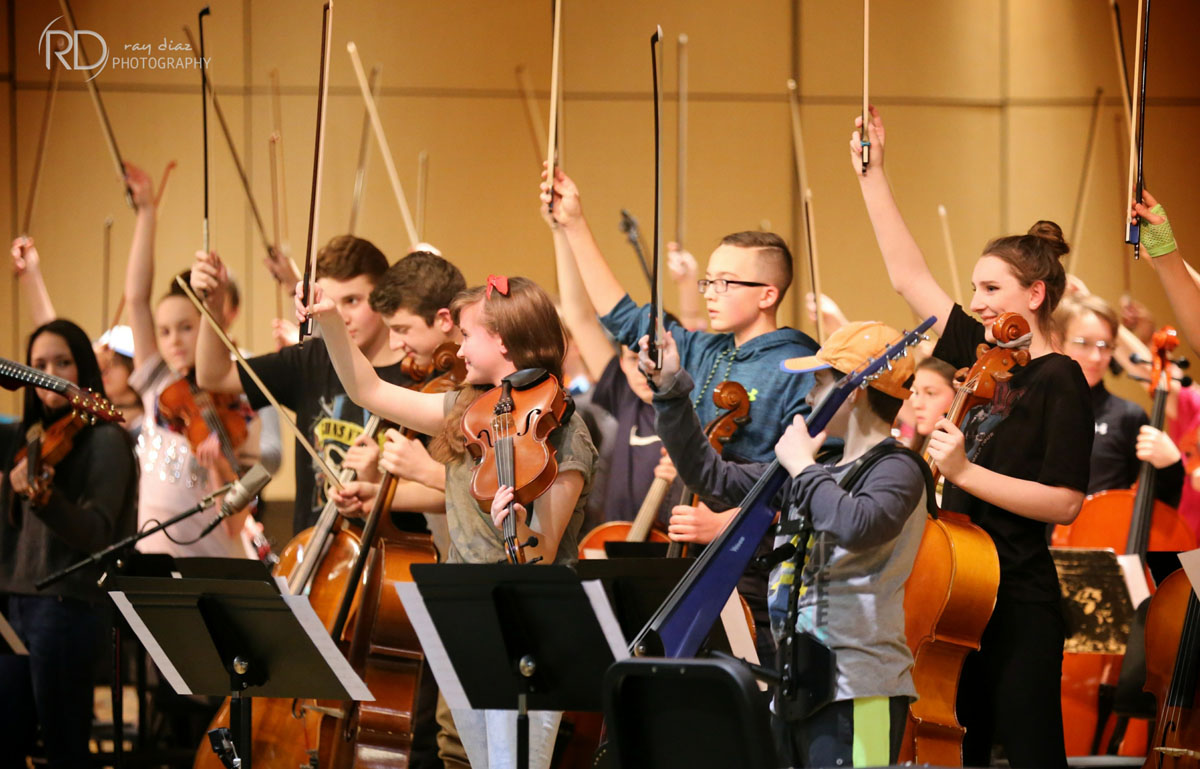 “It was so much fun!”  was a common comment from musicians after taking the stage to perform alongside  Mark Wood, original electric violinist with the Trans Siberian Orchestra. After working with Mark for two days of rehearsals, students in grades 5-12 had caught his enthusiasm for performing music with movement and energy. 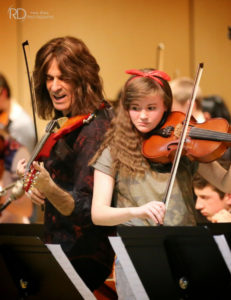 The sold out audience in Columbia’s auditorium was treated to a performance of classic rock tunes from the Beatles, the Police, Kansas and others.

“It was truly electrifying!,” said orchestra teacher Sue Chrzan. “The ear-to-ear smiles, dancing and energy of the performers was contagious.”

The day before the show, students gathered in the Columbia auditorium where Mr. Wood talked about music, rhythm and innovation. He walked up and down the aisles, playing his electric violin and engaging the students in conversation about music.

Then he played with groups on stage, telling the students to “turn your music sheets around” so they wouldn’t simply follow the notes on the page.

“It’s about you making, creating, inventing,” he said, “not just reproducing.”

At different times during the workshop, Mr. Wood called on students to stand and play alongside him at the front of the stage.

A DVD with footage from the concert and the workshop will be for sale in the spring. It costs $20 and can be ordered by using this form. The completed forms and payment can be sent to Nathan Lawrence at Goff Middle School.