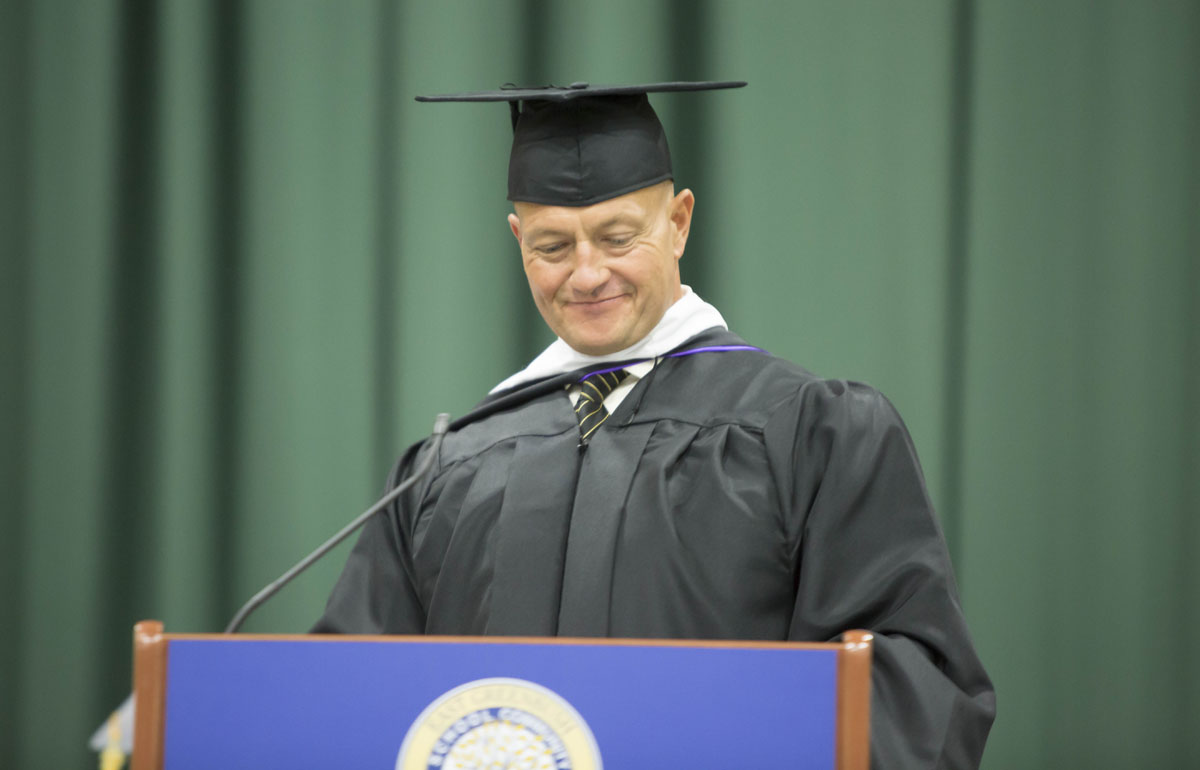 Principal John Sawchuk speaking at the Class of 2017 graduation ceremony.

Longtime Columbia High School Principal John Sawchuk, who joined the school in 1999 and became principal in 2006, is retiring this school year. The announcement was made at Wednesday evening’s Board of Education meeting.

Mr. Sawchuk will retire effective January 1, 2018. A search for his successor begins immediately, and the new principal is expected to start on November 1, 2017. 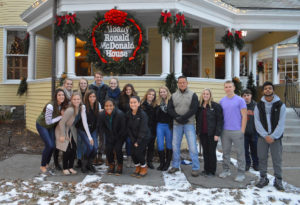 Mr. Sawchuk volunteering with the Principal’s Leadership Team at the Ronald McDonald House in Albany.

“I have very, very fond memories of Columbia,” Mr. Sawchuk said from behind his desk as he took a break from preparing for the upcoming school year. “I think our efforts to work with all kids and give them every opportunity to be successful is what I’m most proud of.”

During Mr. Sawchuk’s tenure as principal, Columbia’s academic results have improved significantly. The graduation rate increased from 87% to 92%, and for special education students, it jumped from 64% to 79%. Columbia ranked 8th among all Capital Region high schools this year and 4th in testing, behind only Bethlehem, Niskayuna and Shaker.

Much of Columbia’s improvement over the years is attributed to increased instructional time, hiring quality staff and the addition of new and innovative programs, such as Credit Recovery, Jump Start, CAP and Operation Graduation, all of which had the support of Mr. Sawchuk.

“John Sawchuk has left significant footprints at Columbia High School. We have big shoes to fill,” Superintendent Jeff Simons said. “Columbia has achieved significant prestige under his leadership. John has shaped a positive climate for students and staff, enhanced the connections of the school and its students to the community and promoted leadership among students in service to each other. Perhaps most notably, John is an advocate for students. Despite the many challenges some students face, John takes a personal interest in them and won’t permit them to fail.” 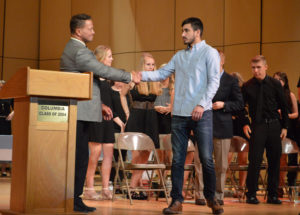 Following his retirement, Mr. Sawchuk will be moving to North Carolina with his wife.

As the new school year is about to begin, Mr. Sawchuk reflected on his time at Columbia and his career in education, and thanked the staff who he said have made this “a great high school.”

“I’m very content,” he said. “We prepare our kids for success once they leave Columbia. The achievement part is one aspect, but our extracurricular programs and our character development make this a great high school. I’m indebted to my assistant principals and the entire staff.”